These educationists helped children tide over difficulties posed by the pandemic 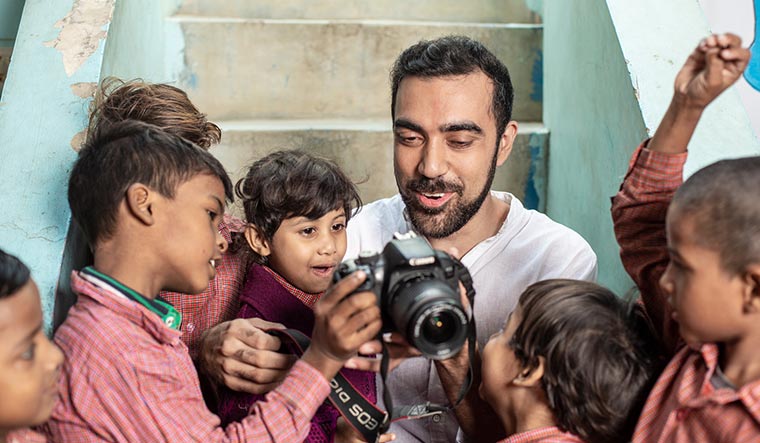 Hundreds of students of professor Manish Jha from remote and backward areas of the country did not join his online classes when Tata Institute of Social Sciences (TISS) in Mumbai started them in July 2020. Jha and his colleagues encouraged those who missed classes to attend Zoom meetings from wherever possible. He found out that many of them did not have stable internet connections and had to find areas near their homes that had good reception. The professors later learnt that many students did not even have laptops or smartphones.

“Students were hesitant to inform us that they did not have gadgets to attend classes,” said Jha. “We also found that many of them did not have money for internet recharge on their phones. We then prepared a Google sheet and pooled in money. We provided laptops and smartphones to our students.”

In addition to this, about 50 TISS students were stuck in the campus hostel. They could not go home as they had not anticipated an immediate lockdown. They were however provided for by their professors and the faculty. “None of the students who were left behind tested positive in the campus. As soon as the first phase of unlocking started, they went back home,” said Jha.

These are two examples of the efforts taken by those at TISS Mumbai to help their students. The faculty members helped the students when they needed them most. There are many such situations that brought out Covid heroes in the field of education.

Take the case of 33-year-old Avneesh Chhabra, a Gurugram-based saffron trader, who is passionate about technology and social causes. He wanted to help children who were stuck in their houses. “When the lockdown started, underprivileged children were under tremendous stress,” said Chhabra. “They were stuck in their small homes and were not used to being with their parents all day. They witnessed domestic violence and high alcohol consumption.”

And so, in May 2020 Chhabra launched a free online platform called PassionGuru, which offers passion-based classes for children. “Through this platform, I wanted them to be more imaginative and future-ready via vocational education,” he said. “Such children rarely get a chance to pursue what they love doing. We wanted to get them access to passion mentors. Today, we are training more than 2,000 children in different art forms.” PassionGuru is Chhabra's self-funded venture and he works with different NGOs that tend to scores of underprivileged students.

The classes are for children in the 8-16 age group, and a completion certificate is also provided to them. The platform has chosen art forms such as kathak, taekwondo, singing, yoga, sign language and sketching. The platform even ran a campaign to raise funds to provide smartphones for children who did not have them.

Pradyut Voleti is another entrepreneur who wanted to help children de-stress. He heads Dribble Academy in Delhi, which gives free basketball training to children in villages and slums. However, the pandemic brought unique challenges. Children who were used to playing on courts in their localities were socially isolated and could not practise. Those from low-income families had almost no access to the internet to continue their training online.

“In Noida, we worked with our corporate partners such as the HCL Foundation and provided our students with a basketball each as well as internet recharges,” said Voleti. “We even provided dry ration which motivated the children to attend online classes and helped them support their families during the crisis.”

Dribble Academy also invited famous volunteers to conduct sessions, like American coach Nate Cox who conducted dribbling sessions, and former IPS officer Shantanu Mukherjee, who spoke to the children on International Tigers Day. Once the lockdown was eased, Dribble Academy set up basketball hoops on trees and in nearby villages.

Some educationists also came up with interesting innovations to stop the spread of Covid-19 within their campuses. Professors Debasis Chakravarty and Aditya Bandyopadhyay from IIT Kharagpur developed an artificial intelligence (AI) image processing-based alert system for public places to ensure physical distance. This product has been installed at the IIT Kharagpur campus.

“The idea came to my mind when I saw the measures announced by medical practitioners globally,” said Chakravarty. “The basic principle of social distancing also emerged as a direct consequence of my research area of obtaining the localisation status from an image-based concept, which we apply for the autonomous ground vehicles (AGV) research group. The development of this system involved the students from the AGV research group.”

The future plan of this institute is to get this setup more user-specific and situation-specific. The development team is optimistic that this setup would be useful in the future as well.

Universities such as Lovely Professional University (LPU) came forward with an initiative in June 2020 to offer free education to the wards of frontline workers who were infected with Covid-19 while serving the nation. The university had announced a 100 per cent tuition fee waiver for the children of these victims—whether survivors or deceased—as a token of gratitude. The university also announced scholarships worth 020 crore to support the workers involved in the country's fight with the pandemic including medical professionals, policemen, media persons, railway and airline employees, bank employees and others.