A mob prevented the burial of his boss, but Dr Pradeep Kumar fought back 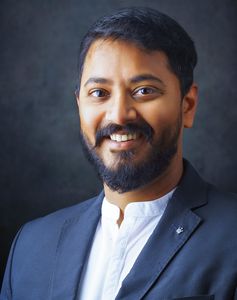 Almost a year after the lockdown, New Hope Medical Centre on Chennai's Poonamallee High Road is seeing patients with orthopaedic and neuro issues walking in with fresh hope. When I asked for Dr Pradeep Kumar, the nurse at the patient care centre pointed to a cabin on the ground floor. As I walked in, the orthopaedic surgeon was speaking to an attender: “I will see. Tell him he will recover soon.”

Kumar, 36, is a man of few words, but those are filled with empathy. This was evident after the death of his colleague Dr Simon Hercules. “I do not want to recall those days,” he said, getting emotional. “As a doctor, death is nothing new to me. The very beginning in the MBBS course will be with dead bodies. But I have never known this fear of death.”

Hercules, 55, a neurosurgeon, was the chairman and managing director of New Hope hospital. He got infected with Covid-19 after performing a surgery on a patient from abroad. Though he had fever and cough, he did not realise he was infected. Soon, he was admitted to a private hospital in Chennai with severe breathlessness. None of his relatives or acquaintances could visit him in the intensive care unit.

“We never thought that Dr Simon would leave us,” said Kumar. He met Hercules on joining the hospital a decade ago. “Simon was a gentleman,” he said. “He never got emotional or spoke harshly to the staff.” Kumar added that he was always strict and wanted everything to be perfect before he started surgery. “Simon was always with me when I did a spine surgery,” he said. “Sometimes, I got angry if the staff missed out on anything in the theatre. But, he was still calm. There were days when he would apologise if the surgery gets delayed or postponed.”

Hercules died in April. At that time, neither the state nor the Central government had laid out protocols for burial of Covid-19 victims. Just two days before Hercules's death, people on the outskirts of Chennai had protested the burial of a doctor who had died of Covid-19. “I never thought people would do the same to Dr Simon,” said Kumar. “Society has moved away from basic human ethics and lost respect for [individuals].” Kumar had gone to the hospital on hearing about Hercules's death, but could not see the body owing to Covid-19 protocols. Kumar, like others, assumed that everything would be fine.

But, when hospital staff took Hercules's body to the Velangadu cemetery near the upscale neighbourhood of Anna Nagar, they were met by a mob of over 300—both men and women. They had gathered after hearing the sound of an earth mover digging a grave. Kumar said the crowd argued with “ambulance driver Dhamu and then with the policemen who arrived at the scene”. Soon, the situation escalated and the mob began pelting stones at the ambulance. Dhamu was hit and began to bleed, he and his helper drove back to the private hospital where Hercules had died.

New Hope was on the route. It was late in the evening that Kumar spotted the ambulance near the traffic signal close to New Hope. The Poonamallee road was deserted except for a few policemen at the signal. Dhamu had stopped to answer the policemen's queries about the state of the ambulance and his bleeding. He was also starting to get giddy from the loss of blood. When he tried to park the ambulance there to get first aid, the policemen did not allow it. Kumar was outraged on learning about what happened and also with how the policemen were treating Dhamu.

He asked Dhamu to get first aid and also said that his helper could leave; in the heat of the moment he forgot that he did not have the authority to do so as they were employees of another hospital. “I was very upset that we could not give Dr Simon even a dignified burial,” he said. He got PPE kits and helpers from New Hope and drove the damaged ambulance back to the cemetery. Despite the late hour, the mob was still around, though not as furious as it was earlier in the day. Moreover, the New Hope team was determined to give their beloved boss a proper send off. They got past the mob to the half-dug grave.

“I drove the ambulance, I dug the grave myself, I put mud on his body because we had no shovels,” said Kumar, shuddering as he recalled the night. He returned home filled with the fear of death for the first time in his life. The next morning, he was still in shock. “I was worried,” he said. “Why do people lack compassion?” Recently, a radio station contacted Kumar and said it wanted to give him an award, celebrating him as a hero. He turned down the honour. Said Kumar: “I am not a hero for just being compassionate and helpful.”