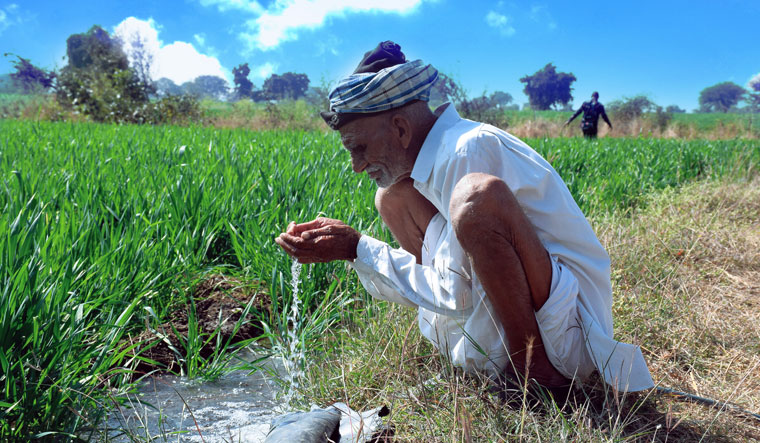 Self-reliance, whether in industry or agriculture, depends on water. “If we run out of water, we can forget any sort of atmanirbharta. Water is about survival,” noted Mukund Vasudevan, co-chair of FICCI's Water Committee and member of the recently formed CEO Water Alliance (CEWA), a body that works towards finding solutions to reduce the demand for water.

India supports 18 per cent of the world's population on 4 per cent of the world's freshwater supplies. While much of the water dependence is on underground aquifers, more than half the water received through precipitation flows into the sea. Agriculture gulps between 80 to 89 per cent of the total water consumed in the country. Experts note that with a little prudent water management, India is fine for the present. However, unless we plan for the future, we could be staring at a severe water crisis in 20 years. 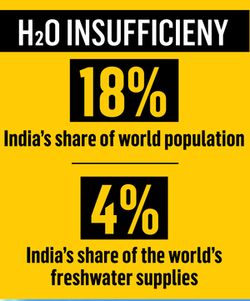 “Reducing consumption is to everyone's advantage, and the industry is realising that it also reduces costs in the long run to invest in new technology for it,” said Vasudevan. Recycling may be second nature to India, but as Saravanan Panneer Selvam of Grundfos India asked, “Are we recycling enough?” The general manager of the pump manufacturer said that industry water can be recycled up to four times with good technology, but most units in the country recycle water through only one cycle. In the fields, too, water consumption can be reduced by investing in smart agriculture and irrigation.

Domain experts point out that the biggest challenge in India, whether in the field, factory or home, is the lack of awareness about water management. Rainwater harvesting remains patchy and there is still no concerted effort at recharging aquifers. The Centre's Atal Bhujal Yojana to target the most critical districts in terms of groundwater depletion is a move in the right direction.

Vasudevan notes there needs to be more private sector involvement. “The government has made a laudable start with the annuity hybrid mode for Namami Gange projects,” he said. “The same needs to be extended to other ventures, too.”

The other challenge, said Selvam, is that the technology for smart use of water is expensive. The atmanirbharta boost might incentivise Indian manufacturing of equipment for water management, but the sector needs more support from the government, he said.

Water is a sector in which atmanirbharta itself could generate livelihood, said Poonam Sewak, vice president (knowledge and partnerships), Safe Water Network India. The network has worked with the government to plan the Har Ghar Nal scheme for providing piped water to every rural household. “The small water enterprise market alone has the potential to become a $2 billion industry,” said Sewak. “It can generate a whole lot of livelihood, whether it is manufacturing components for water ATMs, running these units or maintaining them.”

At the other end, a market in grey water needs to be created. Under Namami Gange, the government has come up with a public-private model of monetising treated water. This industry has great potential, but it requires more R&D.