I fear the worst is in store for us 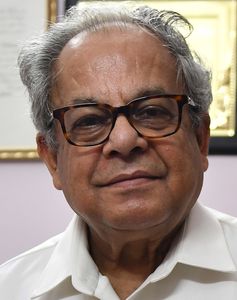 Dr Sukumar Mukherjee is the brain behind Mamata Banerjee’s healthcare plan for West Bengal. Six years ago, Banerjee appointed Mukherjee, an award-winning doctor, as one of her key advisers on health. While the chief minister herself remained the state health minister, she was advised by Mukherjee to build up a robust healthcare system in West Bengal. So, Banerjee increased the healthcare budget almost ten times and began setting up several healthcare facilities in the state. But, the lack of doctors and paucity of funds has hampered its progress.

Mukherjee spoke to THE WEEK exclusively, amid the COVID-19 crisis in the state.

Q/What is the current situation in Bengal?

A/It is not out of control. But the number [of cases] is increasing rapidly. There are several asymptomatic cases which test positive later.

So, there might be a huge jump in cases. If it increases this way, we are apprehensive of that.

Q/What is the plan of treatment?

Q/What about the high death rate?

A/The death rate in Bengal is around 3 per cent without comorbidity.

Q/Why are deaths due to comorbidity not included?

A/After our intervention, it has now been done. [As part of] the advisory board, I told the government to include the comorbid number according to ICMR (Indian Council of Medical Research) norms.

Q/But why did the government not follow that initially?

A/There are deaths of Covid-19 and deaths with Covid-19. More stress was given to [the former].

Q/What are your thoughts on the death audit committee?

A/In our state or country, postmortem is [mostly] not done [in Covid-19 cases]. So, our government decided to set up a death committee. It is their decision, I have nothing to say. But it is very difficult to find the cause of death during this pandemic situation.

Q/But there must be tests at the community level to check the spread.

A/Yes, of course. But the government has limitations. I have told the government to raise the number of daily tests to 5,000 immediately. The total tests would have to reach 60,000 within a few days. Only then will we have an idea about the pattern of the disease.

Q/ But China traced the infection with CT Scan.

A/ Yes, we are also doing it here. If tests are negative and patients are symptomatic, then we do CT scan and trace the virus. Now, the question is how to confirm that virus as Covid-19. CT Scan will not confirm. For that, more time is needed and more tests should be conducted. It is difficult as the virus is behaving in an erratic way.

A/ Yes, that is why fighting this battle is a difficult task. We need to work in difficult environment and difficult situations. There are many ifs and buts and the government is also new to this crisis. So, do not expect that everything is going to be perfect as we are working with limited resources.

A/I cannot say yes or no. Slums in north and south Kolkata are getting infected. This is a clear indication of community-level infection. But no large community-level study has been conducted yet. So far we have been able to do contact tracing; community tracing is yet to be started.

Q/ What is the problem in conducting community tracing?

A/ The huge population density in Kolkata and other towns in the state is the major problem. More dense the area, more the infection will spread. Look at Maharashtra—in 24 hours, 2,000 people were infected. Looking at all these, I cannot deny the fact that there is community spread in India. But yes, we have not done any community-level study to prove it.

Q/ How you define the situation in Bengal?

A/ We are in the mid of it and inching towards the danger level if we cannot arrest the growth of the virus. We are moving to third stage and we would have to increase the test to determine the quantification of asymptomatic and presymptomatic cases so as to isolate people. But at the same time I must say that it is easier saying than done. Government has huge problem to carry out the task and we cannot deny it. But I must say government is trying its best.

Q/You are part of the ‘global advisory board’ set up by the chief minister. What advice have you given the state government?

A/I have said that we need to stick to the ICMR guidelines. There cannot be several guidelines to follow. I also pointed out that there is no option but to start community tracing as early as possible.

Q/ Are you happy with the performance of the government?

A/ 100 per cent success is just not possible. We are trying our best.

Q/ What is the founding population that infected the state?

A/ First, of course, the international travellers. But now, the patients with SARI (Severe Acute Respiratory Illness) are getting infected and passing it on. Their body immunity is low and they infect other people. This is the biggest challenge for the government—to identify the SARI patients.

Q/As the virus is spreading quickly, was the lockdown not a success?

A/I would not say it has failed. But yes, it has not got the desired result. People’s help was missing. This is because the level of education in the state is much lower than what is required today. Look at Kerala. It is largely successful because of its high rate of education even in rural areas. [The people] listened to the government.

Q/What is the way ahead?

A/[Having a] lockdown forever is just not possible. We have not yet thought of the second wave. I fear that the worst is still in store for us. I wish we have a united attempt at tackling the situation. People would have to listen to the government. We must know that hospitals have a limit to bear [the load].

Q/Are you confident that the state’s health care system can tackle the situation?

A/It has become an issue between life and livelihood. Which one to save? Nobody knows. People would have to [find a] balance, otherwise no government can do that.