Trump blamed the WHO to hide his failures 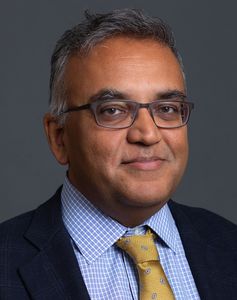 Do you think China’s opacity contributed to the spiralling of the infections?

Yes. China ignored early signs of the disease and was not forthcoming about what happened there. China was also not transparent about its [infected] case numbers and deaths, and persecuted whistleblowers. This has all been harmful to the global response.

Did the WHO wait too long to declare the outbreak a global pandemic?

The term “pandemic” is used to describe the spread, not severity of an outbreak. The WHO declared Covid-19 as a pandemic on March 11, but had made clear as early as January that this was a very serious outbreak—a “public health emergency”. I think the WHO can be rightly criticised for over-praising China. But its actions were not a major contributor to the delay in response we have seen from many countries.

What do you think is the reason behind, and the impact of, the US withdrawing funding to the WHO?

The US has had a very poor response, and the Trump administration has been looking for someone to blame for their own failures. They have decided to blame the WHO because the WHO is easy to blame. They are small and not very powerful. I suspect that the US will not actually withdraw that much money, because to do so in the middle of a pandemic is very harmful. And, if they do, other countries are likely to fill in some of the gaps.

What are the timely interventions and main failures of the WHO?

The WHO sounded the alarm that there was something potentially serious quite early, and called this an international emergency reasonably early [in late January]. They have also been very transparent about the severity of this issue.

Their primary failures are that they have too often trusted the data coming out of China and they were too quick to praise China. These are shortcomings, but [that] does not justify the degree of criticism that the WHO has faced.