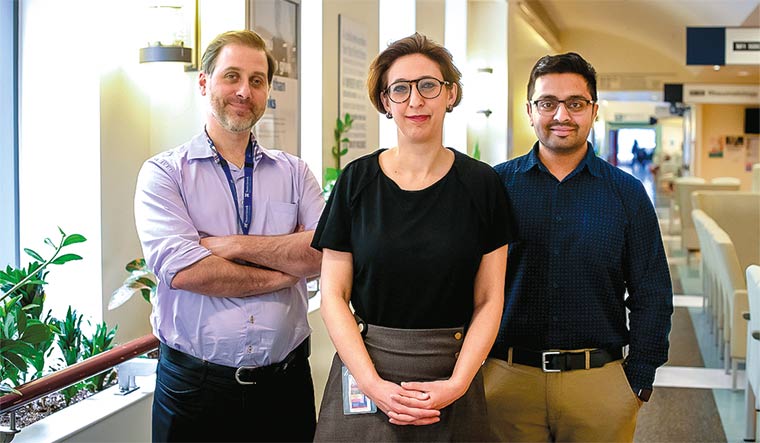 Around 10 years ago, somewhere on the campus of the Hogwarts-like St Xavier’s College in Mumbai, a graduate student of microbiology and biochemistry, told his friends that he wanted to become that guy who gets called in when there is an outbreak. Those words proved prophetic as Dr Arinjay Banerjee, 29, is today part of a team of researchers in Canada that is trying to find a cure for Covid-19.

Kolkata-born Banerjee, along with Dr Samira Mubareka and Dr Robert Kozak of Sunnybrook Research Institute and the University of Toronto, isolated SARS-CoV-2, the virus behind the current pandemic. “Having completed my PhD on bats and MERS coronavirus [at the University of Saskatchewan], I had the necessary expertise to culture this virus,”said Banerjee, a Natural Sciences and Engineering Research Council of Canada-funded postdoctoral research fellow at the McMaster University in Ontario. “Dr Mubareka, who is an infectious diseases physician and researcher, spoke with me and we decided to try and isolate the virus from clinical specimens [from patients]. Dr Kozak [clinical microbiologist] also enabled us as part of the team and eventually confirmed the presence of the virus using his diagnostic tests after we had cultured it. It was a tremendous team effort.”

In an email interview with THE WEEK, Banerjee said that isolating the virus is the first step to obtain the virus from clinical specimens. It basically means having a sample of the virus cultured outside the human body. “We took clinical samples and put them on a layer of cells that were cultured in plates,”he explained. “These cells can then be infected by viruses in the clinical specimen, and viruses use resources within the cells to multiply. Eventually, viruses kill the cells and lots of viruses can be cultured and harvested this way. From clinical specimen to culturing the virus, it [took us] one week.”

Apart from Canada, which has 569 confirmed cases including Prime Minister Justin Trudeau’s wife, Sophie, and eight casualties (as on March 17), five countries including India have isolated the virus. “Isolating the virus allows us to generate stocks of virus and use it for testing and developing vaccines, drugs and diagnostic tests,”said Banerjee. “We are now scaling up virus stocks to facilitate research and sharing of resources.” 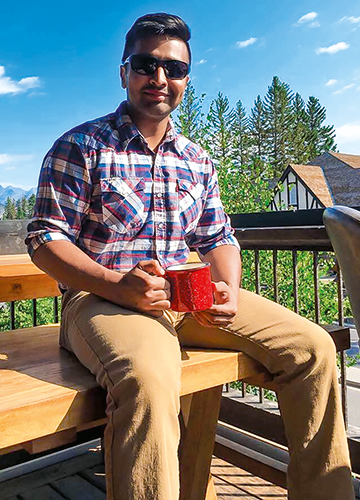 While isolating the virus will help understand it better, as Dr Karen Mossman, professor of pathology and molecular medicine, McMaster University, said in an interview to The Globe and Mail, there was a certain irony in trying so hard to create a virus that everyone else was trying to get rid of.

But it was not only the virus that was isolated; most researchers work long hours in high containment labs, sometimes in isolation. “All of these studies have to been in high containment level 3 lab, where we have to wear layers of protective clothing and respiratory protection,”said Banerjee. “There are lots of safety practices that we have to follow while working in the lab. I generally tell people that it takes three times longer to do anything in this lab than it would in a level 1 or 2 lab. I also relocated to Toronto for this outbreak. I am living with a colleague and away from my family in Hamilton, Ontario.”

True to the memes doing the rounds of social media, not all superheroes wear capes and zoom across the world saving lives; some wear masks and protective gear and are cooped up in labs trying to defeat a virus. But there is more to life than just labs for Banerjee. “My wife [Victoria, who is from Saskatoon] and I do find time to go to the gym, on hikes, canoeing and road trips across Canada,”he said. “We love being outside.”Banerjee met Victoria in 2015, a year after he moved to Canada, and they got married in 2018. Though he now calls Canada his home, his parents—Amit, a general manager of a tea garden, and Madhumita, a schoolteacher—continue to live in Bengal; his brother, Soutik, lives in Delhi and is a criminal lawyer in the Supreme Court.

Though Banerjee wanted to be a virologist since his college days, his fascination with bats and their viruses began in 2013 when he saw a presentation by Dr Vikram Misra in Berlin. He later became his mentor at the University of Saskatchewan. And thus, he began working on understanding how bats and viruses work. “I was studying the immune responses in bats and humans,”he said. In a 2018 interview, up on the McMaster University website, he said that 75 per cent of emerging diseases have an animal origin. “Bats are speculated to be reservoirs of SARS coronavirus and several viruses of zoonotic potential [that could spread from animals to humans],”said Banerjee. “However, bats themselves do not display any clinical signs of disease. My work will enable us to understand how bats control virus infections, and develop treatment strategies for other mammals including humans.”

But, for now, the new coronavirus has all his attention. As Banerjee tweeted: “The work has only begun.”