Risk communication is the need of the hour 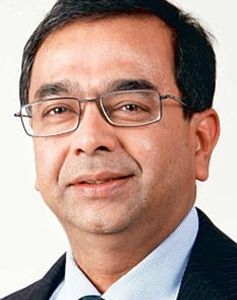 Reports suggest that novel coronavirus (2019-nCoV) must have been transmitted to humans from a Wuhan market where live snakes, marine animals and rodents are sold.

Over the last six decades, about two-thirds to three-fourths of all new infectious disease outbreaks have travelled from animals to humans. These are called zoonotic diseases. Most often, these viruses originate in wildlife. When we clear forests for agriculture, hitherto confined viruses and vectors reach the domestic animal habitat and the human habitat. The scope of multiplication of these viruses in a large animal reservoir or among humans is high. When that happens, the virus which actually started off as relatively mild, becomes virulent, because of the logic of evolutionary survival—which means you cannot exhaust your host. If I am a virus infecting a human in a small village, I better be mild. Otherwise I will exhaust my host. On the other hand, if I have a large animal reservoir—for example, I am exposed to humans who travel a lot—and I can move through blood or saliva, then my chances of survival increase, even if I am a killer virus.

In the recent years, several new viral infections have emerged from China.

First, Chinese eat a variety of wild animals. Second, there is a lot of deforestation in China, which has led to the spread of viruses which were previously confined to a small forest.

China, with its large population, is the perfect setting for such major outbreaks.

This is a public health scare....

Yes. Fortunately, Indian eating habits are different. We are at less risk than most other countries. But once the virus [starts transmission] from human to human, anybody is vulnerable. I am assuming that one or two positive cases could emerge in India in the coming days.

What are the precautions to be taken?

The important thing is isolation of the cases and limitation on travel. I think we should shift to more plant-based foods.

What do we need to do to contain the current outbreak?

First, we have to identify cases and contacts. This requires a good deal of field-based epidemiology and good primary health care services. Second is microbiological studies to identify the nature of the virus and that in turn requires the activation of a network of good laboratories. Third, if you have symptoms, you have to differentiate between a mild case which can be treated with paracetamol and a severe case that requires hospitalisation. So, clinical facilities have to be alerted and improved. Right now there is no other treatment or vaccines. Risk communication—educating people without triggering panic—is the need of the hour.