Many who died of COVID-19 may have had delayed ventilator support: Study 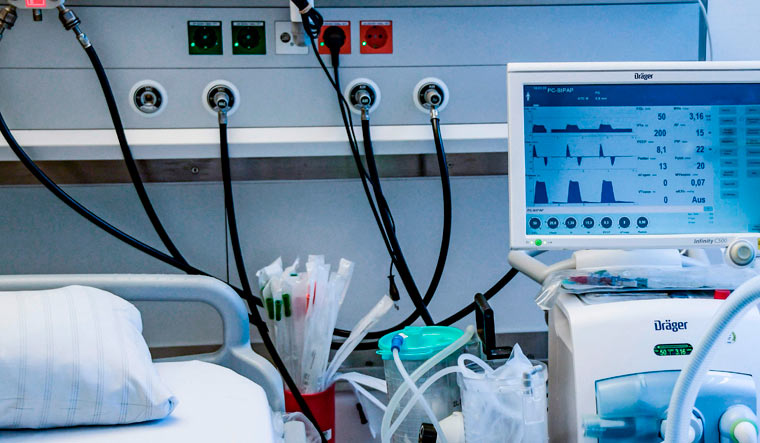 Only about one-fifth of patients who died of COVID-19 received invasive mechanical ventilation and further aggressive respiratory support prior to death, according to a study which assessed the clinical characteristics of patients with novel coronavirus infection in China.

The research, published in the Journal of the American Medical Association, assessed data obtained from 21 hospitals in Wuhan, China of the demographic, comorbidity, and respiratory support provided to 168 patients who died of COVID-19 between January 21 to 30.

According to the scientists, including those from Zhongda Hospital, Southeast University in China, while all patients received oxygen therapy during their hospital stay, 46 patients only received nasal or face mask oxygen before they died.

The study noted that only 34 patients were intubated and received invasive mechanical ventilation.

Based on these findings, the scientists believe that many patients had delayed intubation.

They said several reasons may explain this low proportion.

First, the study said some patients with critically low levels of oxygen in the blood did not have other symptoms, such as shortness of breath or dyspnea.

The lack of enough invasive mechanical ventilators was also an important reason preventing patients from receiving intubation, the researchers said.

Third, they said, a medical team which is not dominated by intensivists may not receive critical care training and may be uncertain on the timing for when a patient requires intubation.

The study also validated earlier findings that hypertension is the most common chronic comorbidity among patients who died.

Based on earlier studies, the scientists said the novel coronavirus infects the lungs through the angiotensin-converting enzyme II receptor.

However, they said further research is needed to find the mechanism of COVID-19, adding that clinical studies are also needed to confirm whether angiotensin-converting enzyme inhibitors and angiotensin receptor blockers could be beneficial for patients with COVID-19.

Noting the limitations of the study, the scientists said the data analysed were from patients who died during late January 2019, and they may not be representative of later cases of COVID-19.