'Lessons countries can learn from COVID-19 in Italy decoded' 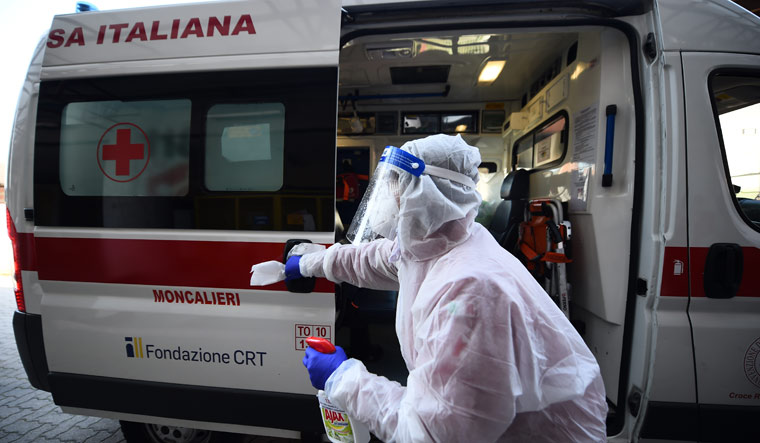 Analysing data on COVID-19 cases in Italy, one of the countries worst hit by the pandemic, researchers have suggested measures that other governments across the world can take to contain transmission of the novel coronavirus.

According to the analysis, published in the Journal of the American Medical Association, the number of cases and deaths in Italy cannot be explained simply because of the epidemic starting in the country earlier compared with other countries besides China.

While some factors may be immutable such as age structure of the population, the researchers, including those from Stanford University in the US, said there are also others which can be modified.

According to their analysis, the median age of people infected with the novel coronavirus who died in Italy has been 80 years, and the average age of patients requiring critical care support has been 67 years.

Since COVID-19 morbidity and mortality are strongly dependent on the presence of concomitant serious diseases, Italy with its high proportion of patients with history of smoking and heart disease, has been particularly vulnerable, the researchers said.

As a note to other countries, they said it was necessary to prepare for needs of intensive care unit (ICU) beds, adding that estimates of expected deaths should consider the age structure and chronic diseases of the population.

With this kind of adjustment, the scientists said, the burden of disease may be expected to be much less in most areas in the US, with variability across states and hospital catchment areas.

Another factor linked to high mortality rates in Italy is the increased burden of cases that presented themselves to the health care system, they wrote in their analysis.

Citing an example, the researchers said, in the town of Vo, all 3,300 residents were tested the day the first case was detected in the third week of February, and 3 per cent were found to be infected.

Following aggressive testing, the epidemic was extinguished in this town, they said.

In other parts of Italy, the prevalence of infection may have been several times higher in the absence of effective public health intervention.

According to the scientists, it is likely that the health care system was overwhelmed in Bergamo owing to massive viral transmission during the Champions League match on February 19, where a third of the population attended and continued celebrations overnight.

During this period, instructions to stay at home also proved difficult to accept, with many complaints registered with the police, the scientists noted.

A higher level of preparedness should be considered for areas where mass gatherings have occurred or where there is extensive social intermingling, the report cautioned.

They added that many patients with relatively modest symptoms were admitted by the time more patients with severe cases started to arrive.

According to the researchers, there was a delay from the first case detection on February 21 to the first containment decree from the government that closed the relevant villages 3 days later.

Based on these observations, the scientists said other countries need to avoid bringing patients with suspected SARS-CoV-2 infection to the hospital, except when they clearly require hospital care, maintain strict hygienic procedures in the hospital environment, and act swiftly in case of exposures of medical personnel.

Some reserves of resources, such as ventilators, should be in a stand-by allocation with the ability to assign them rapidly to hospitals that saturate their capacity, the researchers cautioned.

The scientists said it is not known whether implementing a lockdown at a time when many people can infect others could lead people to spending more time in close quarters with the elderly and those who are susceptible.

Similarly, whether a new epidemic wave may emerge when lockdown measures are removed is unknown, they added.

The researchers said a major question to be answered is the causal contribution of SARS-CoV-2 infection to related deaths.

"About 99 per cent people who died had at least one comorbidity, and 48.6 per cent had 3 or more diseases that contributed to their death," they said.