CAA not a measure in isolation 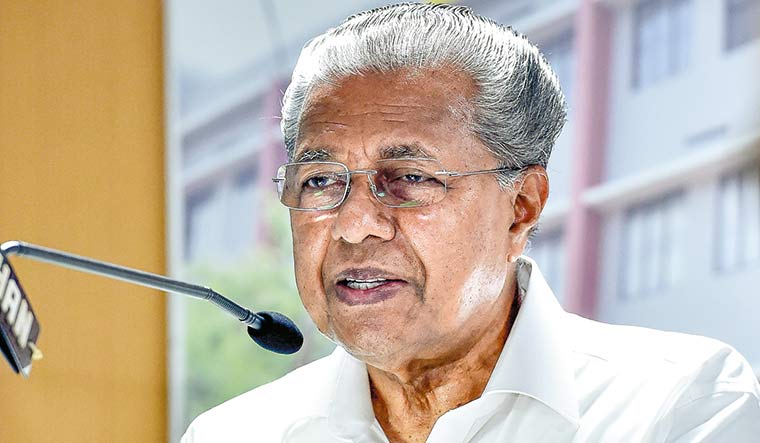 After declaring that the Citizenship (Amendment) Act would have no place in Kerala, Chief Minister Pinarayi Vijayan welcomed students of Jamia Millia Islamia to Kerala House in Delhi when their hostel was shut because of protests. In an interview with THE WEEK, Vijayan talks about the CAA and the need to dissent. Excerpts:

Kerala is the only state where both the ruling Left Democratic Front and the opposition, the United Democratic Front, came together against the CAA. How did that happen?

Differences of opinion, however strong, will not be stumbling blocks in building a united struggle when our national spirit is in danger.

You have said the CAA is the first step towards a hindu rashtra and that it is in gross violation of the Constitution. The BJP says you are creating unnecessary fear.

The CAA goes against the basic tenets of our Constitution, which enshrines secularism in its preamble. The CAA is not in accordance with Article 14, which ensures equality for all persons. Anyone owing allegiance to our Constitution is duty-bound to voice her or his dissent. The CAA is not a measure in isolation or an aberration. It is part of a grand design of the sangh parivar, which has been expounded in the works of their leaders such as M.S. Golwalkar.

You have announced that Kerala will not implement the CAA. But BJP leaders say you do not have any say as the Centre is the sole authority on the matter.

As pointed out by the Supreme Court, the basic structure of the Constitution cannot be obliterated by legislative majorities. The current law will also come under judicial scrutiny.

Given the track record of the Modi government, do you think agitations will force it to withdraw the CAA?

The people of India, especially the youth, have voiced their message clearly. It is a secular, pan-Indian protest. What is to be taken care of is that the struggle is peaceful and broad-based and protection of constitutional values is its focus.

Your government has stopped updating the National Population Register. Will there be no movement even if the Centre insists?

The NPR is sought to be updated in such a way that it will facilitate the National Register of Citizens (NRC). Some other states, including those ruled by BJP allies, have taken a similar stance.

What would be the political implications of the agitation against the CAA nationally, and also in Kerala? Do you think it will bring the Congress and the left together again?

Everyone who believes in secular and democratic values should fight together [now]. But this can in no way be construed as a political alliance.

The agitation is being spearheaded by the youth, who many thought had become apolitical. How do you look at this as someone who had faced police brutality as a youth leader during the Emergency?

It is quite evident that our young people have a commitment to the values of our freedom movement and a number of other struggles for democratic rights. I have mentioned the problems in our economy. Our youngsters are bearing the brunt. Their reaction reflects the cumulative discontent against divisive policies and disastrous economic measures.

There are reports of increasing camaraderie between religious extremist groups and Maoist groups in Kerala. Is the government alert about such a grouping?

The challenge to secular credentials cannot be successfully faced by groups professing allegiance to any kind of extremism. Extremist actions will only strengthen the hands of those who try to torpedo our unity and debase our secular credentials.