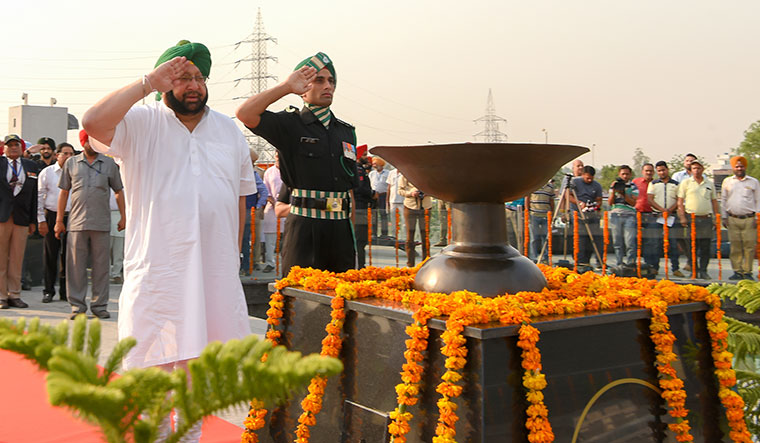 In the aftermath of Jallianwala Bagh massacre, General Reginald Dyer was offered the honorary title of ‘Sardar’ by the mahant of the Golden Temple. This ignited the formation of the Babbar Akali movement, a militant group that broke away from the mainstream Akali movement, who advocated violence for gurdwara reforms. British officers and their Indian informers became the targets of this secret group. This movement of the 1920s inspired the Babbar Khalsa secessionist movement of the 1980s.

However, Punjab Chief Minister Captain Amarinder Singh says that unlike secessionist movements, the real idea of Jallianwala Bagh is “to unite people of all religions as the victims included Hindus, Sikhs and Muslims”. Singh adds that he often gets letters from people all over the country with regard to Jallianwala Bagh. “It was a tragic day that every Indian connects to, even today,” he says.

How do you plan to commemorate the centenary of the Jallianwala Bagh massacre?

I have personally directed the department of tourism and cultural affairs to observe the day in a sombre, nonpartisan manner, as a befitting tribute to the martyrs.

We have also written to the prime minister and asked the ministry of culture to assist the state government in this regard. The Jallianwala Bagh monument is under the administrative control of a trust headed by the prime minister.

In addition to the main event, we have planned out a series of seminars and competitions for students throughout the year. We have offered to restart the sound and light show, as well as improve the museum and display there. We are waiting for the Union government’s response.

Does the Jallianwala Bagh massacre resonate with people today?

It was a tragic day that every Indian connects to, even today. I continue to receive letters even now from people across the country with regard to Jallianwala Bagh. The large number of visitors shows how deep the wounds are. And, it is not just the older generation; the youth, too, are aware of the importance of the event and the sacrifice of the innocent men, women and children, for the cause of India’s independence.

Britain has not apologised for the Jallianwala Bagh atrocity, yet. Your views.

The Jallianwala Bagh massacre is a dark day in their rule of India. Along with the rest of the House, I have already placed my demand for a formal apology from the UK for the incident. It would be cathartic in a sense. But, it will also help cement the strong ties between the British government and the Indian diaspora.

Britain honoured the Indian soldiers of World War I. But, the Jallianwala Bagh martyrs have been forgotten.

An apology would be the first step towards acknowledging that what was done was not right. I truly appreciate the honour bestowed by the British government on the Indian soldiers who fought the great war. And, I am hopeful that the high commissioner and the British government will take the same view about the Jallianwala Bagh incident and take a leaf out of their own book to honour the martyrs of the incident, too.

Do you see this becoming an emotive issue in Punjab or India, or even internationally? Do you see Referendum 2020—a pro-Khalistan movement initiated by Sikhs For Justice—using Jallianwala Bagh in their narrative?

This has always been an emotive issue, which is deeply connected to the psyche of our people. Referendum 2020, on the other hand, has no emotional appeal for the people of Punjab. It is just a sinister, ISI-backed design to destabilise Punjab, which we will not allow at any cost. And, unlike the referendum, Jallianwala Bagh seeks not to divide, but to unite people of all religions as the victims included Hindus, Sikhs and Muslims.

With Baisakhi festival (April 14, this year) coinciding with the Lok Sabha elections, do you see the BJP trying to appropriate this space?

Baisakhi will come just around the time of polling for the Parliament elections. It is a festive occasion, with historical importance in our freedom struggle, and cannot really be appropriated by any political party. We are going to celebrate the occasion in an apolitical and nonpartisan manner, as we do every year.

A Pakistani team is visiting India with regard to the Kartarpur corridor. How do you view the progress on the corridor?

The decision to open the Kartarpur corridor is a historic one and a realisation of the aspirations of every Sikh. I personally have a close association with the historic gurdwara [Gurdwara Darbar Sahib], where my grandfather Maharaja Bhupinder Singh did sewa [service] to rebuild it after floods. I am happy also to note that despite the developments in the wake of the Pulwama attack, talks on the modalities of the corridor continue to be on track. I hope the construction is completed and the corridor becomes operational in time for the commemoration of the 550th birth anniversary celebration of Sri Guru Nanak Dev ji. My government is doing everything possible to ensure that. I would like to be among the first pilgrims to go through the corridor.