Teesta Setalvad's great-grandfather was the lawyer who cross-examined Dyer 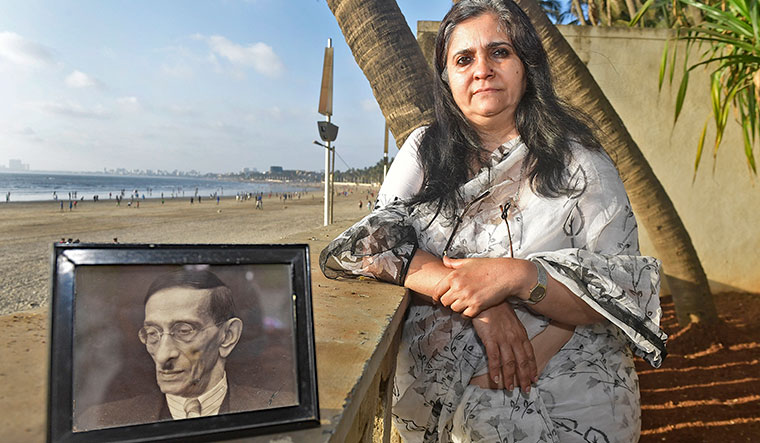 On May 22, 2018, the Tamil Nadu Police fired at an unarmed crowd protesting the environmental pollution caused by Vedanta's Sterlite Copper factory in Thoothukudi, killing 13 and injuring a dozen others. Civil rights activist Teesta Setalvad's immediate reaction to it was: “Another Jallianwala Bagh massacre.” A portrait on the wall of her Mumbai home—that of her great-grandfather Sir Chimanlal Harilal Setalvad—suggests what made her link the brutality of the state machinery in these two events.

The Jallianwala Bagh story is very much part of her family history. Chimanlal was an eminent jurist and one among three Indian members in the eight-member Hunter Commission that investigated the Punjab disturbances and the Jallianwala Bagh massacre. Pandit Jagat Narain, member of the United Provinces legislative council, and Sardar Sahibzada Sultan Ahmed Khan, member for appeals, Gwalior state, were the other two Indian members. “My great-grandfather was the one who cross-examined General Reginald Dyer,” says Teesta. Dyer’s responses to Chimanlal’s questions revealed the former as a person; he showed no remorse about the massacre.

“I first read his autobiography when I was 12. I got politicised by it,” she says. In his memoirs, Recollections and Reflections: An Autobiography, Chimanlal says that there was “a definite cleavage of opinion” between the English members and Indian members of the Hunter Commission. While all of them condemned the Jallianwala Bagh firing, the Indians took a “grave view” of the oppressive martial law. The stance of the Europeans was “somewhat halting and apologetic”. The discussions while drafting the report were at times “heated and led to unpleasantness”. There was a time when Lord Hunter had lost his temper and said: “You people want to drive the British out of the country.” And, Chimanlal had retorted saying, “It is perfectly legitimate for Indians to wish to be free of foreign rule and Indian independence can be accomplished by mutual understanding and goodwill. The driving out process will only become necessary if the British are represented in this country by people as short-sighted and intolerant as yourself.”

The final report of the Commission submitted on October 11, 1919, included a separate dissenting report—termed as Minority Report—from the Indian members. Drafted by Chimanlal, the Minority Report rejected the view of the English members that the Punjab disturbances were in the nature of a rebellion. The report also criticised the introduction of martial law and the way it was administered in the aftermath of the massacre.

After the submission of the Hunter Commission report, Dyer was asked to resign. However, when the matter was debated in the House of Lords, Lord Robert Finlay accused the Indian members of being partisan. Chimanlal received several anonymous letters for having condemned Dyer.

“Their conduct is a study for lawyers, attorney generals and those who are holding constitutional positions today,” says Teesta. “They were part of the British government, but that did not stop the three Indian members from being extraordinarily independent and true to their duty. They did not in any way feel that they had to bow before the dictates of the government.”