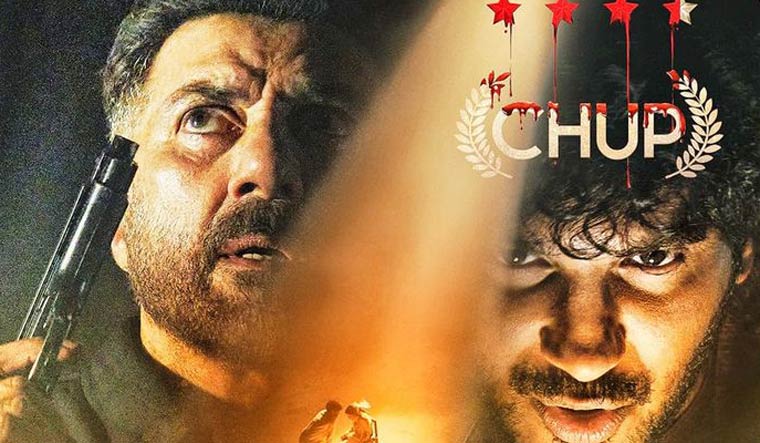 Barely a few days before the release of his film, Chup: Revenge of the Artist, director R. Balki said in an interview to THE WEEK that way back in early 2000, a film critic wrote such a stinging review of his first film Cheeni Kum, that he stopped reading film reviews after that. He revealed that he was "so affected" that he "wanted to get back at the writer in any way possible." During the promotions of Chup, Pooja Bhatt, who essays the role of a criminal psychologist in this crime thriller, referred to film critics as "killers" and "criminals who lack sensitivity and at times, are ignorant and revengeful."

After all these remarks, Chup, which a failed-film-director-turned-serial killer goes on a murder spree maiming film critics seems incredulous, revengeful, and vain. "If the audience wants to be fooled, if they like to be fooled, who are you to come in between," asks a self-proclaimed vigilante of Hindi cinema, Danny (Dulquer Salmaan) before gruesomely killing a critic who accords a one star rating to a particular film.

A mild-mannered and reticent florist from Mumbai's Christian neighbourhood of Bandra, Danny reads every single film review, gives it his own evaluation and imposes his taste on those who he targets. "Just one star? Why? Can't you see anything of merit in this?," "Oh! four stars, why? This is simply fake praise!" and so goes the killer, executing his prey in a dramatic and bone-chilling manner.

In comes a hardened police investigator Arvind Mathur (Sunny Deol) who must crack the 'star' case to save the stars on his own shoulders. He ends up taking the help of Danny's girlfriend Nila Menon (Shreya Dhanwantary), an entertainment journalist and aspiring film critic.

Written by Balki with film reviewer Raja Sen and Rishi Virmani, Chup does an excellent job of holding the viewer's attention throughout without once digressing from the plot. It isn't languorous, stretchy or overly dramatic. The background scores are soothing, contemplative, and the production design is perfectly orchestrated to create a lilting feel. However, the storyline fails to move the viewer. It is just as if there's only gore and mayhem everywhere caused by a deranged man and a cat-and-mouse game that is going nowhere.

The audience gets to indulge in Dulquer Salmaan's psychopathic Danny in the 135-minute Chup film duration. The actor is believable as the serial killer, but there is hardly any mystery as we are given enough clues to figure out who the murderer is. If that was the intention of the makers, they did succeed. However, neither the crime thriller aspect nor the romance between the lead couple (a lonesome flower seller and a young journalist) actually take roots. Both sub-plots juts keep dillydallying throughout the film, in parts even as the script fails to impress. The dialogues are impressive, humourous, and catchy but the there are too many silent frames. The folkloric visual compositions and timeless songs from Gurudutt's Pyaasa and Kaagaz Ke Phool are enchanting; some murders are staged with the haunting S.D. Burman-composed numbers playing on the background.

No justification is offered for the why and the how of the killer's actions. His laborious past and the long-term impact it has had on him seem too unconvincing. In a way, Chup is a film which seems like an cinematic exercise undertaken by Bollywood which is intent on showing film critics their place. Shreya Dhanwanthary is as real as it gets. In the character of a film-loving journo who dares to put her life on the line to achieve her goal she is every bit likeable and nuanced. Dulquer Salmaan gives out an easy-going charm, but somehow fails to frighten us as a murderer, even as he carries the film on his shoulders.

Movie: Chup: Revenge of the Artist