Technically, 'C U Soon' is a trendsetter as far as Indian cinema is concerned 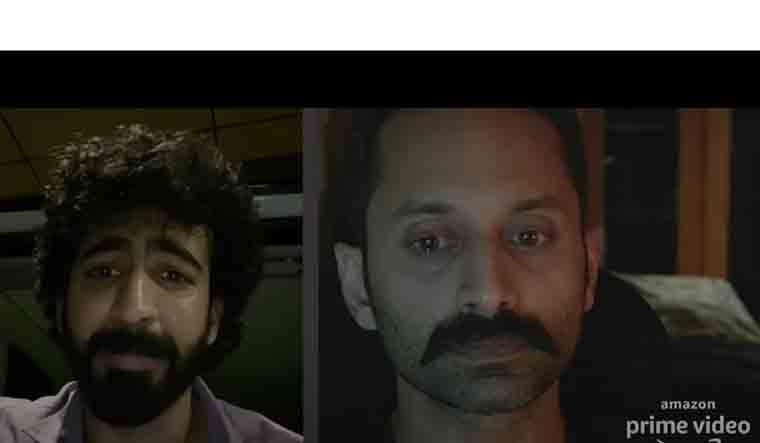 From the 2006 Indie horror thriller The Collingswood Story to the recent John Cho starrer missing person drama Searching, film makers—both amateurs and the seasoned—across the globe have been exploiting the possibilities of computer/mobile screens with found footage films. Joining this list of movies that unfold entirely on screens is director Mahesh Narayanan’s work-from-home film C U Soon.

Jimmy (Roshan Mathew), working in the UAE and Anumol (Darshana Rajendran) match on a dating app. The conversation quickly moves on to Google Chats because she does not have WhatsApp, nor a mobile number. He reveals too much, too soon; Anumol is evasive, reticent. Within a few days of meeting, he introduces her to his family, and proposes to her. While Jimmy's mother (Maala Parvathi) does seem to approve the relationship, she also enlists the help of his cousin Kevin (Fahadh Faasil), a perpetually pissed off IT professional with some hacking skills, to find out more about the girl. Kevin gives the go-ahead as his 'searches' show her to be a good match for him, until she is not!

Things quickly escalate and Jimmy is forced to bring her home, despite knowing that live-in relationships are illegal in that country. Things go south when he tries to get the approval of her father for their wedding against her vehement protests, and soon Anumol is found missing. While Jimmy is picked up by the police, Kevin uses his hacking skills to get to the bottom of the matter.

While you begin to wonder at the pace at which their relationship is progressing initially, things fall in place in the third act, even as the director keeps the audience hooked to the proceedings and guessing throughout. Narayanan introduces us to the world of the two lovers, and you begin to get to know them through their chats and video messages. Eventually, you forget the limits that the screen spaces, and get pulled into their lives, even as the director keeps throwing one surprise after another at you at regular intervals.

The three protagonists, Darshana Rajendran, Roshan Mathew and Fahadh Faasil are in their elements as the movie progresses from a regular love affair to a missing person drama to a social thriller. Darshana, who has managed to establish herself as a powerful performer with her role in Virus after playing second fiddle to heroines for quite some time, sinks her teeth into her character from the word go. We have seen Roshan playing the smitten man a few times, and in C U Soon, he also plays to perfection the petrified youngster in a foreign land, afraid of the prospect of losing his love for ever and having to serve time for only trying to be helpful to a woman in distress. C U Soon does not have the scope to bring out the best in Fahadh, but he does not disappoint with his angry man act.

While all the action tickles down to your computer/mobile screen, you forget the limitations of the same as director-editor Narayanan manages to fully immerse you into the proceedings with seamless transitions from chats, to cams to footage to back to camera again. Technically, C U Soon is a trendsetter as far as Indian cinema is concerned.

CU Soon, filmed and edited entirely during the COVID-19 induced lockdown, despite ability to keep the audience glued to the edge of the seats, is not devoid of flaws. While Kevin is shown as a quite resourceful hacker with the ability to think on his feet when the going gets murkier, you realise that he is also quite sloppy, although this does not affect what unfolds on screen. Besides, the film makes getting access to things in a different country—like Jimmy managing to secure some CCTV footage with the slightest efforts—look like a child's play.

The director uses convincingly Anumol as a prop to narrate the ordeals of young girls brought on the promise of a brighter future to a foreign land only to be playthings in world of heartless men.

C U Soon is an engaging thriller with some fine performances, if you can overlook a few unconvincing moments.