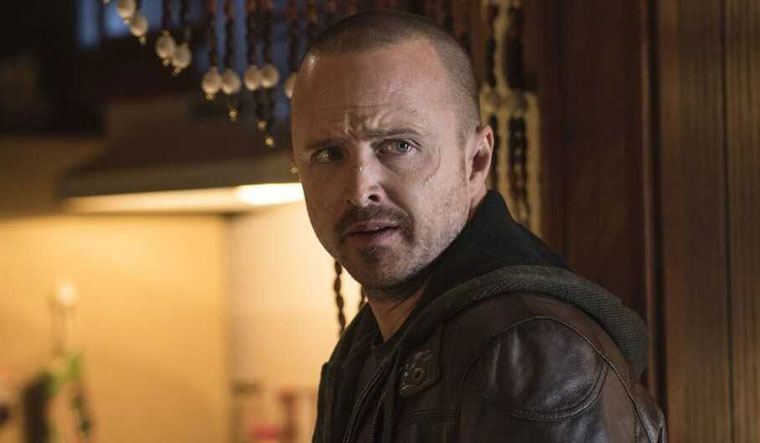 It has been six years since Jesse Pinkman rode into the uncertainty of the night on an El Camino. In the Breaking Bad universe though, it has been merely minutes.

El Camino begins where Breaking Bad ended—in the dead of the night. Pinkman, freed from Jack Welker's hellhole where he was chained and slaving away, finally hits the road. Welker, Todd and the rest of the gang have been decimated and (not a spoiler) Walt too didn't survive that shootout, much to the disappointment of the few fans who may have held on to the theory that a bullet can't just drag the all-powerful Walt to afterlife.

With no Walt (and his science) by his side and the entire police force after him, Pinkman has no option but to flee. With the help of his loyal buddies, Skinny Pete and Badger, Pinkman devices a plan to disappear. But it is not as easy as it seems. With his face plastered all across news channels and with no money in hand, it is almost impossible for Pinkman to seek the help of the 'disappearer' Ed. Will Pinkman get to go where the universe takes him like Jane wanted them to? Will his past transgressions come to haunt him? How many of the beloved (and not so beloved) characters from the Breaking Bad universe will cross Pinkman's paths?

David Chase didn't exactly please everyone when he chose to make the future of Tony Soprano uncertain with a cut to black. He managed to get away with an open-ended finale because The Sopranos existed long before the time of online fan theorists and fandom powered by Wiki. But TV shows (and film franchises) of today, especially those that garner a huge fan following, are forced to pander to fan theories. And, in the process, the creators may be obligated to deviate from their original plans for the characters.

Fans of Breaking Bad would have wanted closure for Pinkman, especially after all the trauma he suffered at the hands of almost every character in the show. After El Camino was announced, there were many speculations about who would make it back to the world of Pinkman and how it would all end for him. One thing was certain though. The movie cannot overlook the need to pay homage to the show's finest characters. Pinkman reminisces his times with some of the major players in the show. You get also tarantula, an occasional 'b***h' tribute, a letter to Brock Cantillo, a casual reference that Lydia Rodarte-Quayle has succumbed to ricin and a word of reference to Saul Goodman. But you don't get to see a dilapidated Los Pollos Hermanos building or a distressed Skyler White passing by as the film is too busy with Pinkman. There are tributes, but not too many of them!

Breaking Bad was a slow burner. However, considering the number of hours Vince Gilligan had at his disposal, he could take it slow and dedicate an entire episode to killing a fly. In El Camino too, the director is indulgent. Gilligan takes his time to get Pinkman to do what it takes for him to ride into the sunset. There appears to be little that is going on once Pinkman breaks free and hits the road, making one to wonder if the director couldn't have winded this all up if he had a few more minutes in the final act of the show. Besides, Gilligan has an entire prequel at his disposal, which gives occasional glimpse into life of Goodman after the events of Felina, to tie a few loose ends and give closure to a few beloved characters.

Breaking Bad may have ended six years ago, but when the director chooses to begin the action right where it ended in the finale, it would not be wrong to demand coherence in terms of the physicality of the characters. Pete has aged, Badger looks different and Tood has put on a ton of weight, affecting the continuity of the characters.

Aaron Paul is at his earnest best as he gets back in the shoes of Pinkman as if he was shooting just another episode of Breaking Bad when the show was on air. If you thought Pinkman is a dud with a gun in Breaking Bad, wait till you see him go all cowboy in true wild west style in El Camino.

If you can overlook the lack of physical continuity in Pete, Badger and Todd, you realise that Gilligan has managed to bring back the Breaking Bad act from the actors playing them (Charles Baker, Matt Jones and Jesse Plemons respectively). The cameos by many of the show's characters will surely make you fondly recall the days you rooted for Heisenberg and his buddy.

El Camino may have offered closure to Pinkman and brought a smile on the lips. But for those like me who were more comfortable with an uncertain future of Pinkman, a follow-up movie wasn't a desideratum.