'Once Upon a Time in Hollywood' review: Just Tarantino things 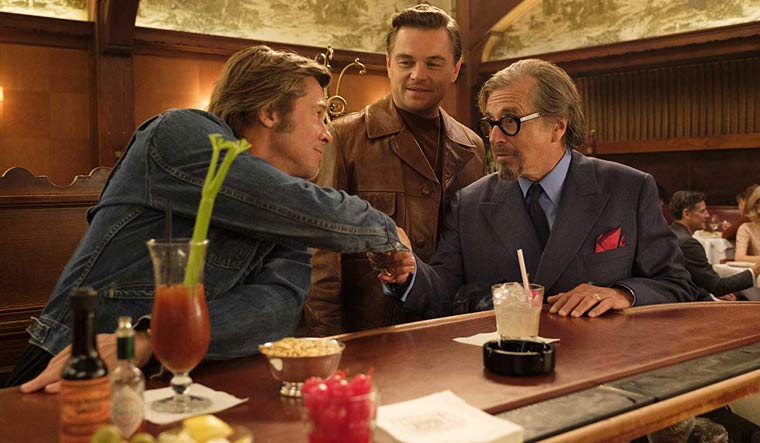 There are multiple ways of recreating history on screen. While some opt for the error-proof, faithful reproduction of an era to recount an incident in the said era in an All the President's Men way, others recreate it as a backdrop to tell a fictional tale (Life Is Beautiful).

Then there is the Quentin Tarantino way.

Tarantino—master of his own 'Tarantino Cinematic Universe', as it has been dubbed—reproduces a period, making it as accurate as possible, and then gives it a twist. The man killed the Führer, for God's sake!

In his ninth outing, Once Upon a Time in Hollywood—touted to be his ode to the golden age of Hollywood—too he does this and everything else that have come to be associated with him—pay tributes, create movies within movies, give a nod to his own earlier works, add some Tarantino regulars in the proceedings, worship the foot, give us a trunk shot (well, not exactly a trunk shot in this case, but pretty close to one), bring out some terrific performances from his lead actors, and unleash some gut-wrenching violence, while making sure that we know that all these take place in the Tarantino universe.

Set in the 1950s and 60s, Once Upon a Time in Hollywood traces the period of transition that Hollywood is undergoing, through the eyes of Rick Dalton (Leonardo DiCaprio). Once a popular star of the western (fictional) show Bounty Law, he is now typecast into making villainous appearances in other shows while the industry moves on to newer stars and diverse scripts that don't demand machismo from the leading men. He struggles to stay relevant despite possessing a credible amount of talent. Dalton is overcome by feelings of fear of uncertainty, the thought of growing unrecognisable, old and jaded. 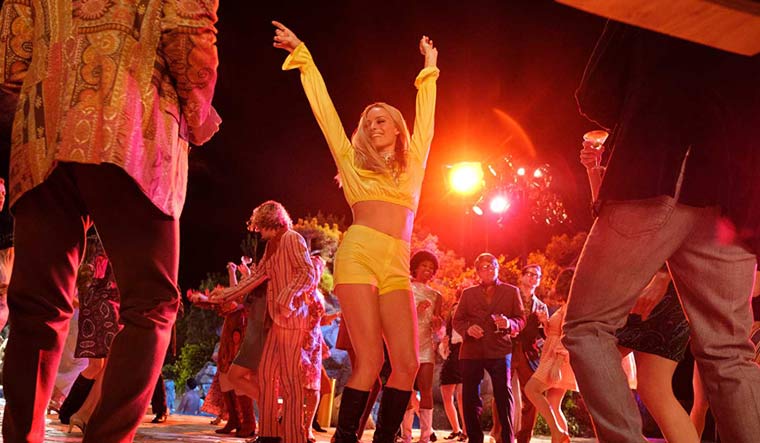 The alcoholism isn't helping either. He forgets his lines after a night of hard drinking that spills over to the next morning. An offer on table to be lead in spaghetti westerns isn't all that tempting either as he does not hold these in high regard. But he succumbs to the appeals of his agent, Marvin Schwarz (Al Pacino), and goes on to star in a few spaghetti westerns, one of which is directed by Sergio Corbucci of Django fame, a director who Tarantino holds in high esteem.

His stunt double Cliff Booth (Brad Pitt) is his anchor, his man Friday and drinking partner. Booth keeps Dalton sane and sorted, or at least tries to. He is more than a buddy, less than a wife, as the narrator puts it. Cliff too has his share of demons. Work is hard to come by as he is rumoured to have killed his wife and got away with it.

While the two try to navigate through tough times, we are introduced to their next-door neighbours at Cielo Drive—the upcoming director Roman Polanski who is basking in the glory of Rosemary's Baby and his wife, the feisty, wide-eyed Sharon Tate (Margot Robbie). They attend Playboy Mansion parties and hang out with the likes of Steve McQueen.

Not far from these Hollywood biggies, Charles Manson harbours his musical aspirations while continuing to gather a flock of faithful followers, mostly consisting of young, impressionable  women. 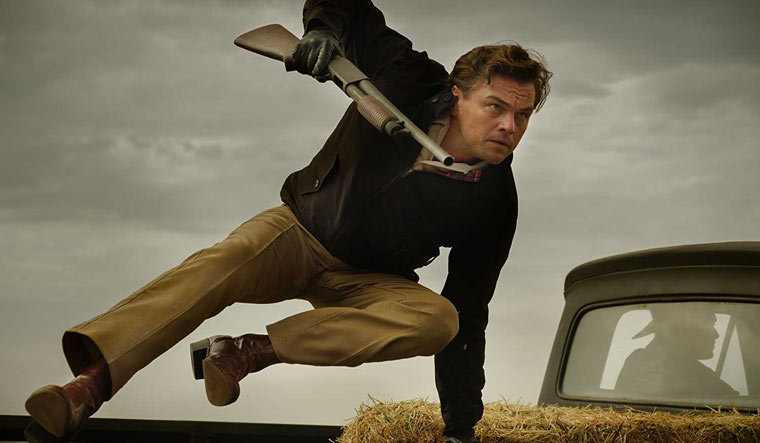 You know how it is all going to play out, or at least you think you do!

While the director takes great care to faithfully recreate a period—the styles, music, muscle cars, movies and every other detail is in place—he ensures that all the classic Tarantinoisms are intact, too. The Red Apple cigarettes make an appearance in the post-credit scene, tying the latest offering to those others in the Tarantino Cinematic Universe. Oh, and thanks to Dalton, we get to know that Red Apple cigarettes aren't all that great after all. And was Dalton burning down a room full of Nazis in his The 14 Fists of McCluskey a not-so subtle nod to Tarantino's own Inglourious Basterds? Is stuntman Mike (Death Proof) a kin of the stunt double Booth, like the Vega siblings?

When it comes to violence, though, Tarantino exercises some amount of restraint, that is until the final few minutes. He then gets into his elements and unleashes a bulldog and a flamethrower in one of the finely crafted scenes of mayhem in the Tarantino universe.

DiCaprio gets into the shoes of a has-been star and lives it as though he has seen and endured the pain of being forgotten. Watch out for the scene in which he breaks down in his trailer and delivers a monologue reminiscent of Travis Bickle of Taxi Driver. Pitt's Booth is playful, arrogant and funny, and, for the want of a better word, Brad Pittish. While Margot Robbie's Tete act cannot come close to some of the powerful women characters Tarantino has come up with (Mia, Beatrix), she impresses with the charm and vivaciousness of an actor who is coming to terms with her own stature. Margaret Qualley's Pussycat and the young Julia Butters's Trudi Fraser are scene stealers, but Pacino merely becomes a big name associated with a big movie. The Tarantino regulars—Michael Madsen, Zoe Bell and Kurt Russell—find their place in the proceedings.

However, the director's over-reliance on narration in the third act is a bummer. Besides, Shannon Lee's grouse is totally understandable. Her father has been reduced to a mere caricature, a prop to laugh at, and whatever defence Tarantino may offer for this one misstep, fans of the late martial artist star aren't going to buy it. Sorry Tarantino, all your tribute in the form of that yellow suit in the Kill Bill volumes are nullified, unless the entire The Green Hornet episode is a figment of war veteran Booth's inflated ego and jingoistic imagination.

Indulgent, over the top and laugh-out-loud, Once Upon a Time in Hollywood is just what you expect of Tarantino.

Film: Once Upon a Time in Hollywood