'Ishq: not a love story' review: A scathing indictment of moral policing

The movie is a searing criticism of toxic masculinity 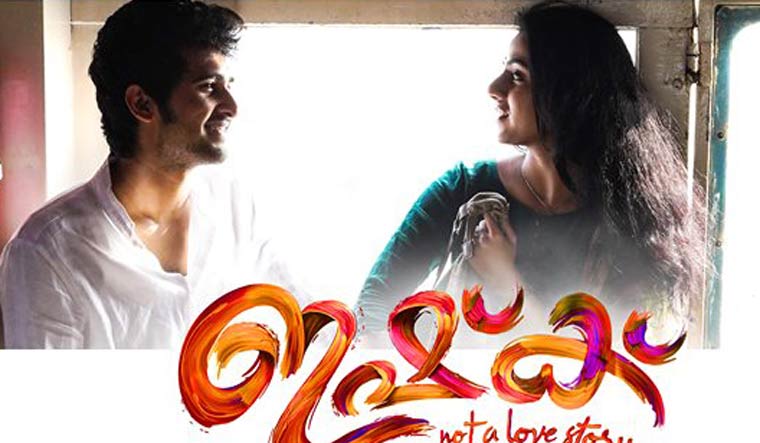 Debutant director Anuraj Manohar’s Ishq: not a love story stays true to its tagline—it is not a love story, but a searing criticism of toxic masculinity. The film intricately presents the issue of moral policing in the state that has reared its ugly head multiple times in the past.

The plot revolves around the lives of two youngsters, Sachi (Shane Nigam) and his girlfriend Vasudha (Ann Sheetal), who are madly in love. The opening scenes of the film beautifully capture young love with all its innocence. Sachi, who works in an IT company, sets out to celebrate Vasudha’s birthday and picks her up from her college. They both share a few romantic moments in the morning, and even before they realise, it is night with its set of demons waiting for them.

Ishq: not a love story keeps the audience glued to their seats with scenes that frighten, entertain and above all makes them question the need for ‘sadacharam’ in the 21st century as adults are punished just for enjoying the freedom that is their due. The screenplay by Ratheesh Ravi is a fresh take on the issue of morality and tries to differentiate between ‘love’ and ‘passion’ by taking a dig at patriarchy.

Music composer Jakes Bejoy does a laudable job as the background score plays a pivotal role in setting the mood for the thriller.

The film becomes an endearing watch with top-notch performances by Shane Nigam and Shine Tom Chacko. After Shane’s steller performance in Kumbalangi Nights, his impeccable portrayal of the multilayered Sachi proves that the actor is a gem that Malayalam cinema needs to cherish. Shine Tom Chacko stuns the movie goers with his negative role as Alby, who reminds the audience of those people in the society who consider themselves the custodians of morality.

Though the film has Sachi and Alby trying to outdo each other with their macho behaviours, it is the character of Vasudha in the climax sequence that steals the show by inverting the underlying misogyny that shadows the film.

Ishq: not a love story is a much-needed break from all those Malayalam films that are infested with toxic masculinity.

Film: Ishq: not a love story