'Uyare' review: A poignant tale of courage and survival 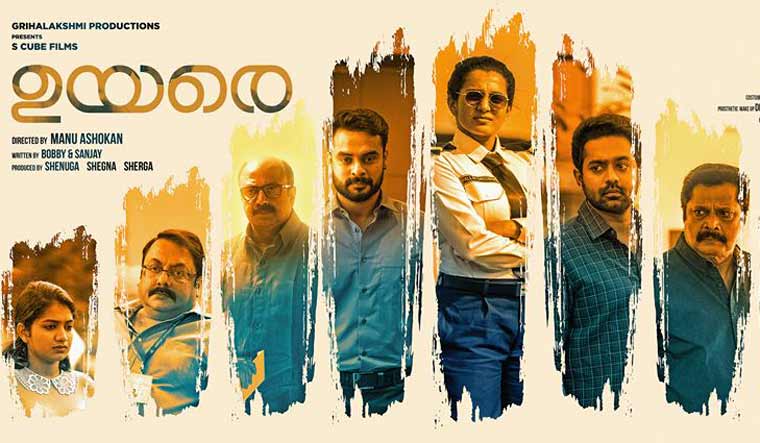 Newcomer Manu Ashokan's Uyare is a tribute to the indomitable spirit of every acid attack survivor who fights against all odds to hold their heads high. The film redefines the idea of beauty in a society that deems women unprepossessing if they fall victim to violence on their skin.

The movie hits theatres at an apt time, as Kerala has been witnessing an alarmingly high rate of violence against women. Incidents of jilted lovers throwing acid and setting women ablaze have been on an all-time high in Kerala, and the film serves as a reminder against such atrocities.

Uyare revolves around Pallavi Raveendran (Parvathy Thiruvoth) who aspires to be a pilot from a young age and leaves no stone unturned to achieve her dream. She is hopelessly in love with Govind (Asif Ali) but dreads his authoritarian nature that commands unquestionable obedience. Though Pallavi’s father (Sidhique) is a pillar of support, she fails to strike a balance between her passion of becoming a pilot and her love life that leaves no room for her to breathe.

Finally, Pallavi musters courage to break free from the abusive relationship, but a vengeful Govind throws acid on her face. The rest of the movie deals with her struggle to keep her life from falling apart and attain justice. She is supported by Vishal Rajashekharan (Tovino Thomas) who plays a pivotal role in her pursuit for self-respect and dignity.

Uyare does not ‘Bollywoodise’ her struggles and that is the best part of the film. The tensed and gripping start is sustained throughout, beautifully portraying the complexities of Pallavi’s life.

Manu Ashokan does not reveal any jitters of being a first-timer and is truly a talent to look out for. Scriptwriters Bobby and Sanjay have given Mollywood another film that breaks free from the shackles of regressive representation of women on-screen. The movie also takes a few digs at the snail-paced judicial system and shows how justice evades victims of abuse.

'Dirty Hands', the group behind the prosthetics of Parvathy does a brilliant job in conveying the physical agony of acid attack survivors.

With Uyare, three women—Shenuga, Shegna and Sherga—venture into film production with their production house S-Cube Films. This is a first for Malayalam cinema, and the trio deserves a praise for picking a theme and a plot that revolves around a female read—a rarity in Mollywood.

Uyare marks another stellar performance by Parvathy, who manages to slip in to the character of an acid attack survivor, who refuses to bow down to societal pressure, with effortless ease. With her heart-wrenching portrayal of Pallavi Raveendran, the actor has once again proved that she is one of the best in business in Mollywood.

Siddique impresses as Pallavi’s father and Tovino and Asif Ali do a pretty good job with their roles.

Though Uyare suffers from predictability, it is an arresting depiction of the physical and mental agonies of an acid attack survivor and challenges the audience to reconsider the conventional definition of beauty.