Vishwaroopam 2 review: A sequel in vain 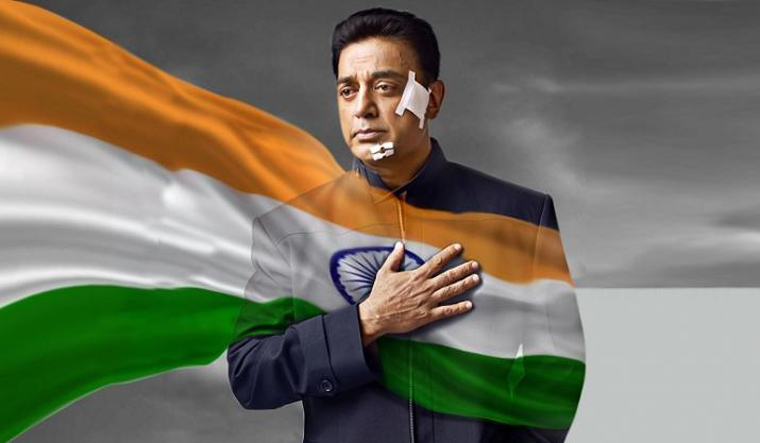 Among Kamal Haasan fans and supporters, the release of Vishwaroopam 2 elicited high expectations. Sadly though, the sequel to Vishwaroopam is a jumbled mess which fails to impress. It hops between continents, covering countries such as Afghanistan and USA. The plot is carelessly crafted, in bits and pieces, opening with Haasan in an airplane with Pooja Kumar, who plays Nirupama, and Andrea Jeremiah, who plays Ashmitha. Pooja plays his wife, while Andrea adds an element of curiosity; not much is known about their relationship when the movie opens. Haasan plays the role of a RAW agent trying to bring down terrorists.

Following the prequel, Wasim Ahmed Kashmiri (Haasan) continues his fight against Al Qaeda terrorist Omar, played by Rahul Bose. This time, Omar and his men are back with a plot to take revenge on Wasim, in Delhi, London, and Kabul. The screenplay is slow and choppy, failing to convey what the plot is actually about. The characters too fail to hold our attention. But, for those who have watched the prequel, the sequel presents a clear plot.

While the stunts, gadgets and equipment all resemble a Hollywood thriller, it would be wrong to call Vishwaroopam 2 a big ticket film. The flashbacks are too sketchy, the dialogues are unnatural, and, for those who haven't watched the prequel, some of the scenes could be too confusing.

As the plot unravels, the expectations of a high-octane thriller are thwarted in the first few scenes itself. Pooja Kumar, who plays the role of a nuclear oncologist, is never portrayed as a medical professional in the entire duration. She is a bashful, flirting girl. Like the usual Kollywood movies, all the ingredients are present—action, drama, romance and liplock scenes (another Kamal Haasan fixture). Kamal Haasan has made an attempt. But, all in vain.