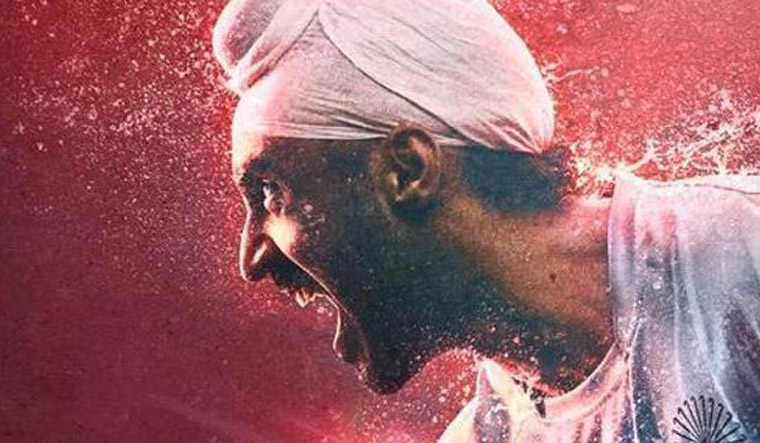 Comeback stories can be really inspiring, and hockey player Sandeep Singh’s story has been one of those rousing tales of revival. Before the trailer of Soorma dropped, I had watched a video in which Sandeep’s parents Gulcharan Singh Saini and Daljeet Kaur Saini recounted the ordeal their son went through. It was soul-stirring.

Soorma is based on the life of Sandeep, who in the August of 2006, met with a freak accident while travelling in a train. The service pistol of an assistant sub-inspector, Mohar Singh, had hit the sportsman’s right hip. The incident was tragic and Sandeep’s recovery miraculous. Soorma, however, undermines the travails of the sportsman in more ways than one, mostly let down by Bollywood clichés and some usual tropes.

It begins quite at the beginning of Soorma with background music that borders on being awkward (doesn’t matter if it’s composed by Shankar-Ehsaan-Loy) as the film opens with a voice-over of a woman hockey player, Harpreet Kaur (Taapsee Pannu). It’s the Shahabad hockey ground in 1994. She is quick to tell the audience that it’s not her story, but Sandeep Singh’s.

A nine-year-old Sandeep after being bullied by his coach Kartar Singh (Danish Husain) leaves the sport for good. Nine years later when Sandeep’s (Diljit Dosanjh) elder brother Bikram (Angad Bedi) has become one of the most revered hockey players in Shahabad and has a national dream, he attempts a return to the field. The reason is not a reignition in the game, rather Harpreet, who too is a celebrated player in the village, and attracts Sandeep’s attention instantly.

Here on, every action that Sandeep takes—for hockey or life—is because he wants to win over Harpreet, a character based on his wife Harjinder Kaur, who gave up the sport after marriage. The premise, to give the story a romantic turn-around, by director-writer Shaad Ali and writers Siva Ananth and Suyash Trivedi, would have probably worked well if it was evenly balanced with the player’s drive towards the sport. It rather plays it to an extent, for the entire first half of the film, that the sportsman’s perseverance for the sport is overlooked. There’s a small attempt to build up a plot for every kid’s fascination to hockey in Shahabad—it would help them procure a government job. That’s the reason Bikram is driven, who also discovers Sandeep’s ease at drag flicks – something he picked up while fleeing birds from his uncle’s farm.

However, the romance seems a bit of a stretch even when actors Dosanjh, Bedi as well as Pannu are sincere in their parts. Husain, a villain on the field as well as in the couple’s life, seems like an exaggeration too, so does the character played by Vijay Raaz, a coach from Bihar in Patiala where Sandeep trains after being refused by Kartar Singh. Satish Kaushik, as a true-blue Punjabi father, is entertaining in the light-hearted scenes; he loses his charm in the times of emotional turmoil though in the latter half of Soorma, which picks up better.

Like a hackneyed Bollywood film, the intermission is designed with a cliff-hanger of sorts when Sandeep meets the unfortunate incident. His treatment has been delayed a bit, and the second half opens in the hospital. These are desperate times for Sandeep and the family. The ladylove has left him. That’s the only way to get him, now paralysed waist-down, to get him back on his feet.

Dosanjh and Bedi build palpable chemistry as brothers. Before Sandeep is sent for rehab in Holland, there’s a confrontation between the two, a bit filmy in tone but convincing. What’s not convincing is the way the entire rehab process was skimmed through. It seems Ali is in a hurry to bring back the film to the romance with which he began.

There are feeble attempts to compare the popularity of cricket as opposed to hockey. Matches between India and Pakistan are highlighted to win the audience. Soorma recreates Sandeep Singh’s life, but not in the way his glorious comeback deserved. It has taken enough cinematic liberties to make it a masala entertainer, introducing many age-old tropes, that may be watched by the masses but doesn’t inspire you as much as it should have.