Mahanati review: This biopic on legendary actress Savitri lights up the screen 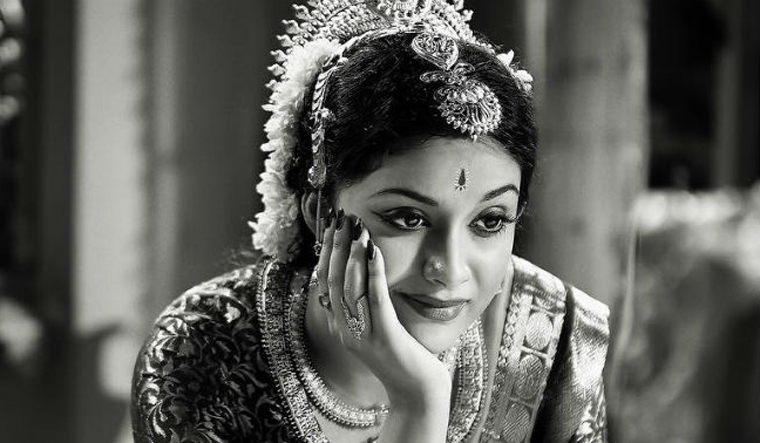 A scene from 'Mahanati'

Mahanati has to be one of the most challenging movies to be made in recent times. Released in Tamil and Telugu, the biopic on the legendary actress Savitri laboured under a lot of expectations. Getting the facts related to her stardom and public life right may not be very tough, but presenting the unfiltered dark side of her personal life—riddled with betrayal, bankruptcy, alcoholism and grief—is a fine line to walk, especially in commercial cinema. It becomes even more pronounced, since Mahanati is based on an actress with an immense fan following. Director Nag Ashwin, though one film old, has handled the project with maturity and finesse. Watching the three-hour movie will give an impression that Savitri’s brilliance has rubbed off on the cast and the crew.

Mahanati starts off with Savitri’s young son, Satish, waking up to find his mother unconscious in a hotel room in Bengaluru. She is later shifted to a hospital; the actress remains in coma for 18 months. The backstory of her life is brought out by a journalist Madhura Vani (Samantha), who does research on her for a book.

Actress Keerthy Suresh is introduced as young Savitri, a starlet who convinces famous director K.V. Reddy that she can shed tears from one eye without glycerine. She succeeds, much to the surprise of the unit members. The intriguing scene could be counted as one of the applause-worthy moments in Mahanati.

At one point in Mahanati, Vani sneaks into Savitri’s home, to overhear and understand what her childhood was like. Savitri is shown as a free-spirited but stubborn girl during her years growing up in Vijayawada, where she lived with her mother, uncle and aunt.

It is here that she took the baby steps to stardom. A dance master taunts her that she was not a good enough classical dancer; she masters it to prove him wrong. In a later part of Mahanati, she is put down by a director in a similar fashion for her amateur acting in Chennai. To prove him wrong, she performs well and is eventually selected for a role marking the start of a stellar career.

Going back, her uncle, K.V. Chowdary (Rajendra Prasad), starts a theatre company and engages her to earn money and promote her talent. He then takes her to Chennai and that is where she first meets Gemini Ganesh (Dulquer Salman) in a film studio. She lands her first role thanks to a photo taken by Gemini. As Savitri becomes busy, her family shifts to Chennai and her uncle manages her work. Around the same time, romance blossoms between her and Gemini. A good part of the first half of Mahanati is dedicated to romantic scenes between the two. Before the interval, Gemini breaks the news about his first marriage and affairs, but seeks her love.

The second half of Mahanati is fast paced as the actress’s career peaks, but her personal life touches a low. She gets married to Gemini and has children. Her career soars. But Gemini’s insecurity grows, and the rift between them widens. She separates from him, and heads on a downward spiral; she becomes bankrupt due to financial mismanagement. The last days of her life not only display her struggle with alcoholism and betrayal, but also an abnormal generosity.

The director has succeeded in showing Savitri as a woman of substance with a sensitive side that could not cope with the cruel world. The love story of Anthony (Vijay Devarakonda) and Vani, which runs parallel to the actress's story, gets a direction thanks to Savitri’s influence.

In a movie with a large number of senior and well-known artistes, Keerthy Suresh emerges the true hero. With a tough job on hand, to act the part of a supremely talented actress, a doting wife and a kind human, she mesmerises. The resemblance to the late actress is striking and so is the infectious laughter, which she seems to have mastered. In some of the scenes, shot in black and white, it is tough to tell if it is Savitri or Keerthy.

Dulquer, Samantha and Vijay play their parts well. The cameos by directors and actors add to the appeal of Mahanati. The costumes and the sets need a special mention for beautifully recreating the 1940s and 80s.

The background score is pleasant and suits the storyline. The direction is captivating, and keeps the audience glued to the seats. There are many well-shot scenes, like Gemini's proposal to Savitri near a beach, or the one where the actress empties a bottle after heartbreak. The painstaking research undertaken by the team is visible. Watch the movie to know how to live like Savitri, or perhaps, not to.