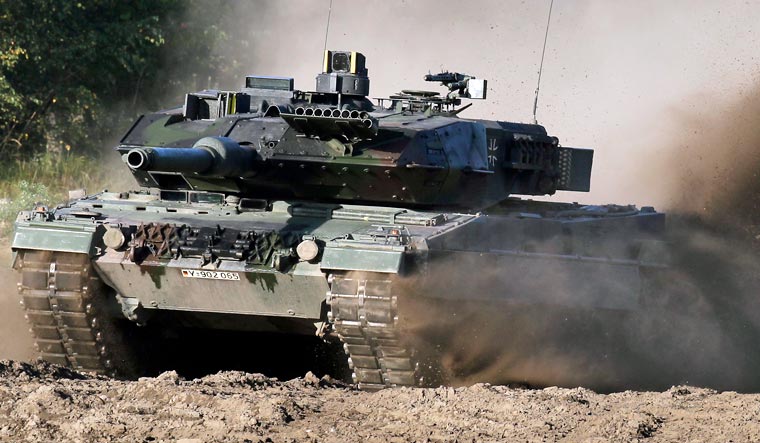 A Leopard 2 tank is pictured during a demonstration event held for the media by the German Bundeswehr in Munster near Hannover, Germany, Wednesday, Sept. 28, 2011 | AP

Two British nationals Chris Parry and Andrew Bagshaw were killed while trying to carry out a humanitarian evacuation in Soledar, Ukraine, their families have said.

47-year-old, and 28-year-old Parry was last seen on January 6, heading to the city of Soledar. According to Bagshaw's family, the duo were trying to rescue an elderly woman when their cars were hit by a shell.

Parry's family said the men had died while "attempting a humanitarian evacuation".

The duo who held the UK and New Zealand citizenship were working as volunteers, helping people escape from the frontline of the war. “His selfless determination in helping the old, young and disadvantaged there has made us and his larger family extremely proud,” the Parry family told the Guardian about Chris.

Bagshaw’s parents, Prof Philip and Dame Susan Bagshaw said, “We urge the civilised countries of the world to stop this immoral war and to help the Ukrainians to rid their homeland of an aggressor.”

Parry was a running coach and Bagshaw was a genetics researcher. New Zealand’s foreign ministry in a statement said that it extends “condolences to the Bagshaw and Parry families at this difficult time”.