The duo discussed the collaboration between US, India, Australia and Japan 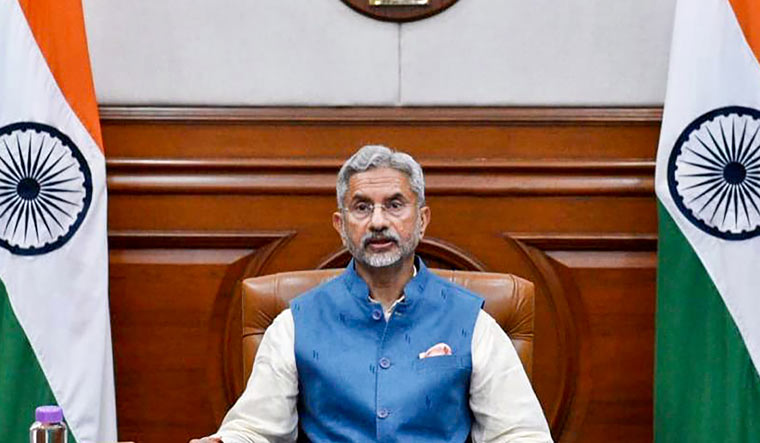 Jaishankar, who is on a four-day official trip to Washington, drove down to the Pentagon on Monday for a meeting with Austin.

The two leaders reviewed priority lines of effort to deepen bilateral defence cooperation, as the United States and India progress toward a more advanced stage in their partnership, according to a Pentagon readout of the meeting.

Austin and Jaishankar committed to expanding information-sharing and logistics cooperation to drive deeper operational coordination between the US and Indian militaries.

"They also discussed new opportunities for bilateral defence industrial cooperation in support of India's contributions as a regional security provider, including the launch of a new defence dialogue later this year as the United States and India work more closely together across space, cyber, artificial intelligence, and other technology areas," the Pentagon said.

During the meeting, the two leaders underscored the value of the deepening collaboration between the US, India, Australia, Japan, and European partners.

In this context, the US looks forward to working with India and like-minded partners to promote security, prosperity, and transparency throughout the region, including through the Indo-Pacific Partnership for Maritime Domain Awareness, the Pentagon said.

Welcoming Jaishankar to the Pentagon, Austin recollected his recent phone call with Defence Minister Rajnath Singh. They exchanged perspectives on a range of issues of shared interest, spanning recent developments in East Asia, the Indian Ocean Region, and the global reverberations of the Ukraine crisis, the readout said.

The Pentagon said Austin and Jaishankar reaffirmed their commitment to working together as steadfast partners to advance the United States and India's shared vision for a free, open, and inclusive Indo-Pacific.

Meanwhile, after the meeting, Jaishankar tweeted, "Defence and Security cooperation is a key pillar of the contemporary India-US partnership. We noted the steady progress in policy exchange, interoperability, defence trade, service exercises and military-industrial cooperation."