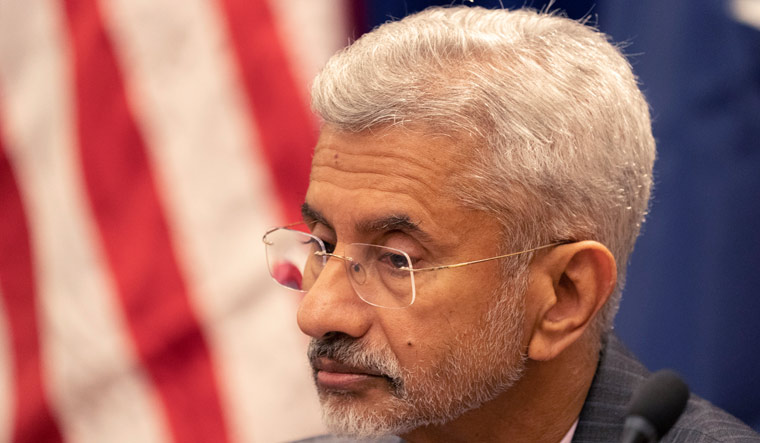 External Affairs Minister Jaishankar has criticized China for blocking the proposal to blacklist Pakistan-based Lashkar-e-Taiba (LeT) terrorists at the UN, stating "those who politicize the UNSC 1267 sanctions regime to defend terrorists do so at their own peril."

He was speaking at the United Nations General Assembly (UNGA) on Saturday, when he took a dig at the neighbouring country, without taking names. The EAM also used the opportunity to blame Pakistan, for its support of cross-border terrorism.

"The United Nations responds to terrorism by sanctioning its perpetrators. Those who politicize the UNSC 1267 Sanctions regime, sometimes to the extent of defending proclaimed terrorists, do so at their own peril. Believe me, they advance neither their own interests nor indeed their reputation," the EAM was quoted by ANI.

"Having borne the brunt of cross-border terrorism for decades, India firmly advocates a 'zero-tolerance' approach. In our view, there is no justification for any act of terrorism, regardless of motivation," he added.

The United Nations Resolution 1267 is a resolution adopted in 1999 that approves sanctions against individuals and entities that support or finance the acts or activities of ISIL, Al-Qaida, associated individuals, groups, undertakings and entities. This includes freezing funds and other financial assets.

Jaisankar's statement comes days after China blocked a proposal by the US and India at the UN to blacklist LeT terrorist Sajid Mir, one of India’s most wanted terrorists and the main handler of the 2008 Mumbai attacks. This was the third time that Beijing was resorting to such a move in the last few months.

The minister also stressed India's 'zero-tolerance' approach to cross-border terrorism, stating that there is no justification for any act of terrorism. "And no rhetoric, however sanctimonious can ever cover up blood stains," EAM added.

Meanwhile, Jaisankar also expressed concerns about the stability and security of the Indo-Pacific, stating India will work with the G-20 members to address serious issues of debt, economic growth, food and energy security, and the environment.

“As we begin the G-20 presidency this December, we are sensitive to the challenges faced by developing countries. India will work with other G-20 members to address serious issues of debt, economic growth, food and energy security and particularly, the environment. The reform of the governance of multilateral financial institutions will continue to be one of our core priorities,” Jaishankar said in his address to the high-level UN General Assembly session here.

The EAM also urged the international community to rise above narrow national agendas. "India, for its part, is taking exceptional measures in exceptional times,” he added.