Elections are regularly held, but without respecting basic democratic norms 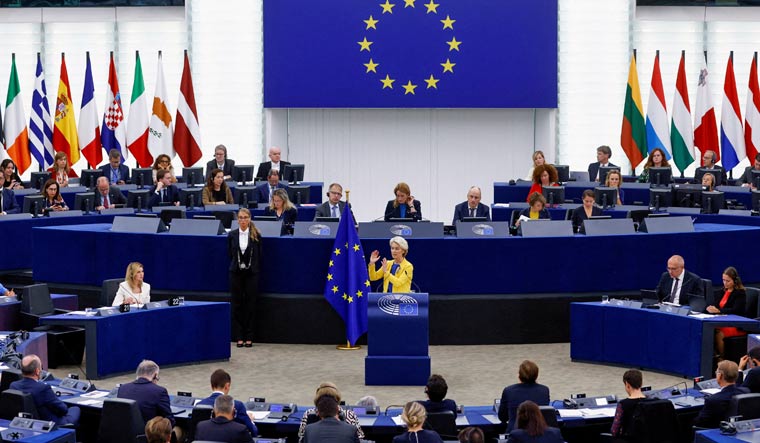 The European Parliament in session, in Strasbourg, France, September 14, 2022 | Reuters

This means elections are regularly held, but without respecting basic democratic norms. The MEPs in the resolution cited several international indices that have in recent years downgraded Hungary's status.

The MEPs are blaming Hungary's Prime Minister Victor Orban for Hungary's decline. Orban has been in power since 2010-- the European Parliament condemned the Orban government for "deliberate and systematic efforts" to undermine the EU's core values. The European Parliament, in 2018, triggered the Article 7 procedure to provide an overview of developments in Parliament’s 12 areas of concern. The vote that has 433 votes declaring that Hungary isn't a Democracy, 123 against, and 28 abstentions, was taken on basis of the report of the Article 7 procedure.

The main areas of concern include the functioning of the constitutional and electoral systems, the independence of the judiciary, corruption and conflicts of interest, and freedom of expression, including media pluralism. It also includes freedom of religion and association, the right to equal treatment, including the rights of LGBTIQ people. The report is led by Gwendoline Delbos-Corfield, a French MEP who sits with the Greens,