'America is back': Biden highlights renewed focus on semiconductor industry 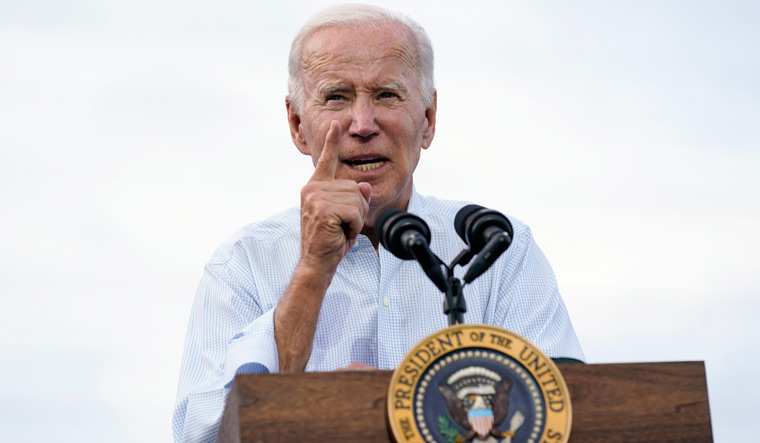 Global chip manufacturing industry is opting for the United States over countries like China and Japan to set up their plants, US President Joe Biden said as he announced two major investments by these companies in the country. China, Japan, South Korea, the European Union—all these places are investing tens of billions of dollars to attract chip manufacturers to their countries. But industry leaders are choosing us, the United States, because they see America is back and America is leading the way, Biden said at the Intel Groundbreaking Site in New Albany, Ohio on Friday. "Intel is going to build a workforce of the future right here in Ohio," he said in his speech to mark the groundbreaking of Intel's new semiconductor manufacturing facility.

Getting a hang of the semiconductor industry has been a big focus for the Biden administration. The US president had announced it will invest $50 billion in building up the domestic semiconductor industry to counter dependency on China, as the US produces zero and consumes 25 per cent of the world’s leading-edge chips vital for its national security. Biden last month signed a $280 billion CHIPS bill to boost domestic high-tech manufacturing, part of his administration's push to boost US competitiveness over China.

US Commerce Secretary Gina Raimondo had told reporters at the White House that the Department of Commerce plans to implement the $50 billion in CHIPS.

The department is aiming to begin soliciting applications for the funding from companies, Raimondo said. “This past year, we saw the impact of the chip shortage on American families when car prices drove a third of inflation because of lack of chips, factory workers were furloughed, household appliances were often unavailable, all because of a lack of semiconductors,” Raimondo said.

“And as our economy and military become more reliant on technology, it’s that much more essential that we develop a strategy with values, outcomes, and structures that enable us to plan for an economy and manufacturing infrastructure that positions us to compete today and into the future,” she added.