Rajapaksa not to seek asylum in Thailand 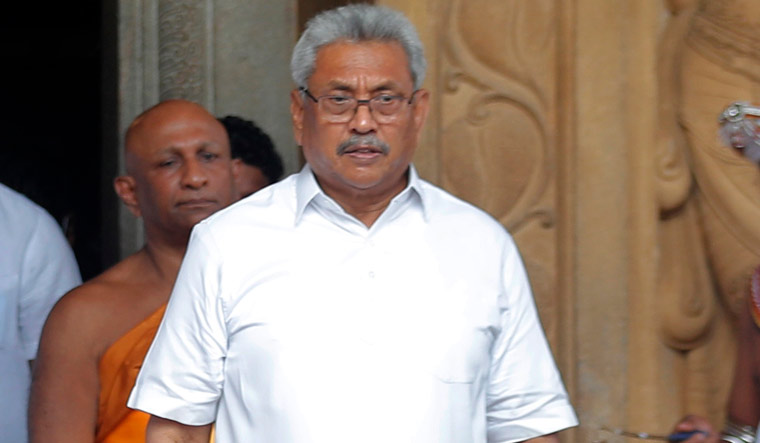 Sri Lanka's ousted president Gotabaya Rajapaksa arrived in Thailand for a temporary stay on Thursday reportedly on a chartered flight. Rajapaksa has been granted a stay of 90 days in Thailand.

Rajapaksa arrived at Bangkok's Don Muang airport on a chartered flight from Singapore after the city-state's immigration authority said in a statement on Thursday he had left Singapore. Rajapaksa is expected to stay temporarily in Thailand after fleeing Sri Lanka for Singapore on July 14, Reuters reported.

Thai authorities said earlier the former Sri Lankan president had no intention of seeking political asylum in Thailand and would only stay temporarily.

"This is a humanitarian issue and there is an agreement that it's a temporary stay," Prime Minister Prayuth Chan-Ocha told reporters on Wednesday. Rajapaksa could not participate in any political activities while in Thailand, Prayuth said.

Rajapaksa has made no public appearances or comment since leaving Sri Lanka. Reuters was not able to immediately contact him. Sri Lanka's economic crisis is a result of several factors including COVID-19, which battered its tourism-reliant economy and slashed remittances from workers overseas, rising oil prices, populist tax cuts and a seven-month ban on the import of chemical fertilisers last year that devastated agriculture, Reuters reported.