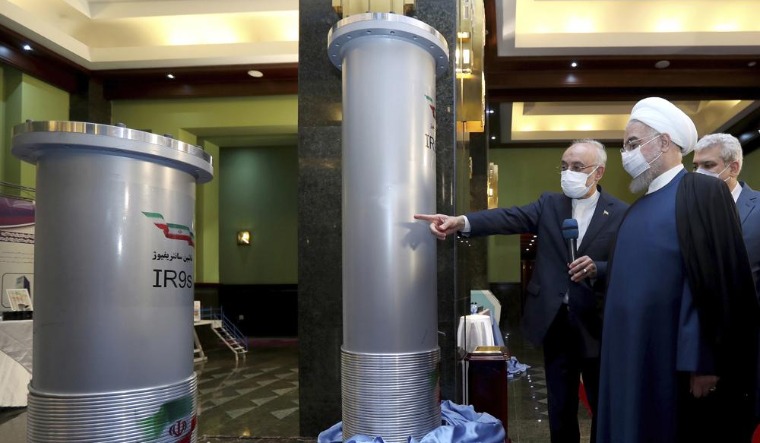 The European Union, on Monday, submitted a final text to salvage the 2015 deal aimed at reining Iran's nuclear ambitions, and Tehran said that it was reviewing the proposals.

Britain, China, France, Germany, Iran and Russia, as well as the United States indirectly, resumed talks on Thursday in Vienna, months after they had stalled, AFP reported. “We worked for four days and today the text is on the table,” the official said.

The 2015 deal, also known as the Joint Comprehensive Plan of Action (JCPOA), gave Iran sanctions relief in exchange for curbs on its atomic program. In 2018, then-President Donald Trump unilaterally withdrew America from the accord, raising tensions across the wider Middle East and sparking a series of attacks and incidents. Negotiations to restore the deal have been going on for months.

The EU foreign affairs chief, Josep Borrell, told the Guardian, “What can be negotiated has been negotiated, and it’s now in a final text. However, behind every technical issue and every paragraph lies a political decision that needs to be taken in the capitals. If these answers are positive, then we can sign this deal.”

Iran in June had turned off UN watchdog IAEA's ( International Atomic Energy Agency) cameras at one of their atomic sites. In July, Iran said the cameras will remain shut until the 2015 JCPOA deal is restored. Iran had been cautious through the negotiations initially, over concerns that the US would not deliver on the commitments made in the agreement. The outcome of the negotiations and the 'final text' will depend on political decisions made in Tehran and Washington. Iran has been pressing for IRGC or Islamic Revolutionary Guard Corps to be removed from the US's list of foreign terrorist organisations, but seems to have adjusted that demand.