Oz had a narrow lead of 1,240 votes against McCormick late on Wednesday 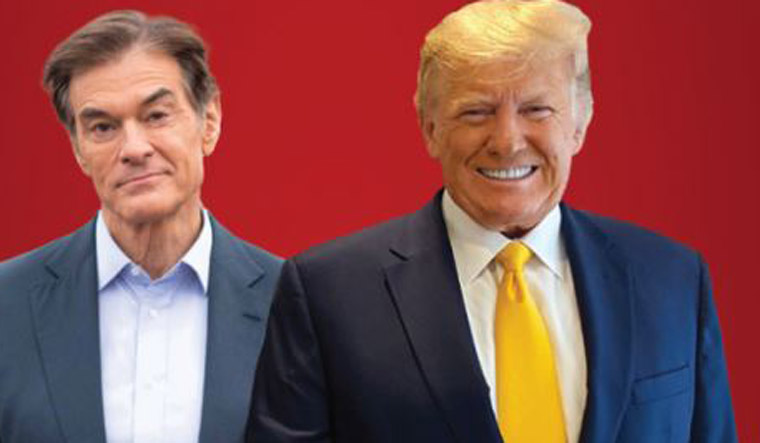 Former US president Donald Trump on Wednesday hit out at election procedures in the state of Pennsylvania amid a tight race in a Republic primary for Senate candidate.

Trump had endorsed celebrity doctor and TV star Dr Mehmet Oz against David McCormick, a business executive who had served in the Treasury department in the George W. Bush administration.

Media reports said that as of 11pm (local time) on Wednesday, Oz had a narrow lead of 1,240 votes against McCormick. The Patriot-News reported “there may be as few as 12,000 more Republican mail-ins to be processed. And that meant that one of McCormick’s paths to victory—he has been leading the field in the mail-in count—was narrowing. By the end of the day, Oz’s vote share in the full seven-candidate field had dropped to 31.2 percent. McCormick was stuck at 31.1 percent.”

While Oz was reported to be reluctant to declare victory on Wednesday itself, Trump used the slow pace of counting in Pennsylvania to target the state's procedures for counting of mail-in ballots. Wrangling over the drawn-out counting process in Pennsylvania and other states had marred the 2020 presidential election, which Trump lost to current President Joe Biden.

Trump took to his social media platform Truth Social to comment on the issue. He wrote “Here we go again In Pennsylvania, they are unable to count the mail-in ballots. It is a big mess.”

Trump called on Dr Oz to “declare victory” so that “It just makes it harder for them to cheat with the ballots that they 'just happened to find.”

Until 2019, only limited voting was allowed using mail-in ballots. Voters could use the system only if they showed valid reasons, such as a medical problem or travel, that prevented them from voting in person. In 2019, Pennsylvania changed the law, allowing postal ballots to anyone. The Covid pandemic led to expanded use of the mail-in ballot provision, which led to prolonged counting periods and allegations of fraud, primarily from Republicans.

There have been demands to modify the laws to allow counties to begin processing mail-in ballots before election day. “Getting a head-start would allow local election workers to identify errors ahead of time and get the properly marked ballots ready to be tallied. Not allowing that early processing creates a huge backlog of ballots to process just as local election officials have to turn their attention to Election Day voting. That creates a delay of several days—or longer—for counting mailed ballots,” Associated Press reported.