People have been protesting against the government 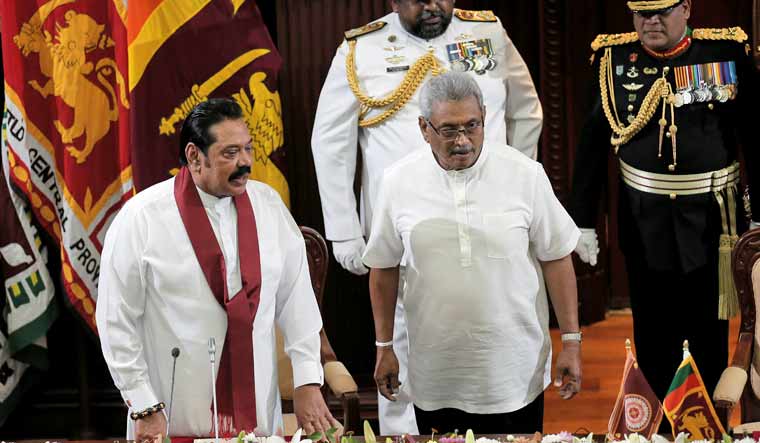 Sri Lankan Prime Minister Mahinda Rajapaksa will issue a special statement on Monday evening, an ANI report reads. The address comes amidst protests as the nation is gripped by an economic crisis. Besides inflation, the people are also facing a shortage of essentials like medicines.

People have been protesting against the government. "This protest will not end until this govt is brought down. We will stay here for months, years. It's not about a single-family but the entire corrupt system," a protester told ANI.

President Rajapaksa and his elder brother, Prime Minister Mahinda Rajapaksa, continue to hold power in Sri Lanka, despite their politically powerful family being the focus of public ire.