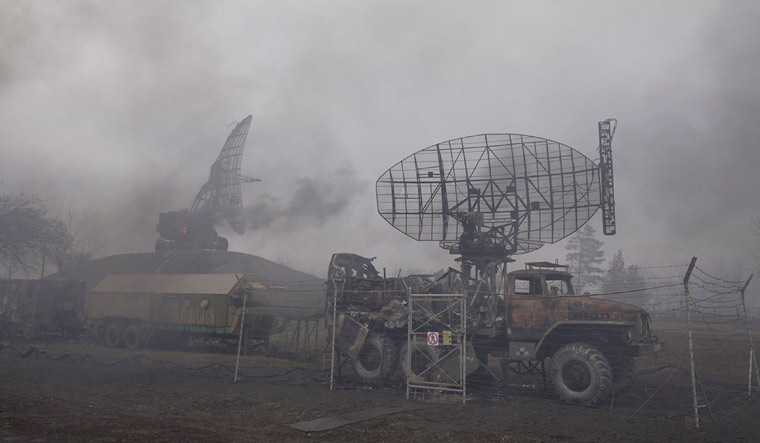 The port city of Mariupol has turned the centre of attention in the Russia-Ukraine conflict, with the Russian forces pushing for the city's surrender. Mariupol has been cut off from food, water and energy supplies.

There is an offer for surrender on the table by the Russians, but Mariupol authorities have rejected it.

Russian Army's Colonel General Mikhail Mizintsev said that all Ukrainian soldiers could leave the Azov Sea port Monday and head to areas controlled by the Ukrainian authorities. He said that all those who lay down arms will be guaranteed a safe exit from Mariupol. Mizintsev added that Russia will wait until 5am Monday for a written Kyiv's response to the Russian proposal, but didn't say what action Russia will take if its humanitarian offer is rejected.

Ukraine's Deputy Prime Minister Iryna Vereshchuk said, in remarks carried by Ukrainska Pravda news outlet, that Kyiv already had told Russia that there can be no talk about surrender and laying down weapons. She rejected the Russian statement as manipulation.

Why is Mariupol the centre of attention?

The fall of Mariupol, the scene of some of the war's worst suffering, would mark a major battlefield advance for the Russians, who are largely bogged down outside major cities more than three weeks into the invasion.

If Russia fully controls Mariupol, it can cut Ukraine off from the Sea of Azov. As Global News reported, the city lies on the route between the Russian-annexed peninsula of Crimea to the west, and the Donetsk region to the east, which is partially controlled by pro-Russian separatists. So, the fall of Mariupol would allow Russian forces in southern and eastern Ukraine to link up. But other military analysts say that even if the surrounded city is taken, the troops battling for control there a block at a time may be too depleted to help secure Russian breakthroughs on other fronts.

Oleksiy Arestovych, an adviser to Ukrainian President Volodymyr Zelenskyy, said the nearest forces that could assist Mariupol were already struggling against the overwhelming force of the enemy and that there is currently no military solution to Mariupol.

Zelenskyy said early Sunday that the siege of Mariupol would go down in history for what he said were war crimes committed by Russian troops. "To do this to a peaceful city, what the occupiers did, is a terror that will be remembered for centuries to come," he said in a video address to the nation.