Has President Macron changed the colour of the French flag? 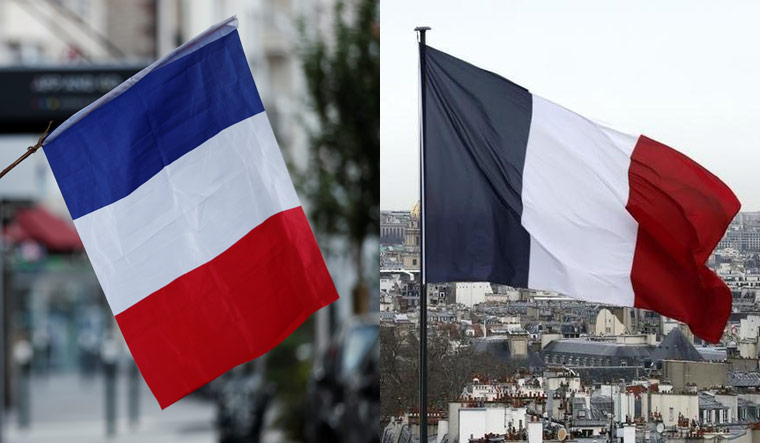 The French tricolore flag is now red-white-and-navy rather than the previous bright blue. The change was introduced in July last year, the Guardian reported. The darker shade marks a return to tradition. The change is so subtle, that it went unnoticed for almost 16 months. The flag now looks like it did after the French revolution. Recently, the flags with the new hue have been hoisted around the Elysee Palace.

The lighter blue was adopted by the then president Valery Giscard d'Estaing in 1976 to match the EU flag. The change to navy blue was encouraged by Macron's operations director Arnaud Jolens and seconded by several naval officers. According to a member of staff from Macron’s administration, one of the reason for the change was aesthetic. And that the navy blue was considered “more elegant”.

Aides to the president have insisted that the new colour is not an anti-EU gesture. “There is no ‘blue war’, it’s nonsense,” aides to Macron said. The change was never formally announced, nor have any French institutions been ordered to adopt the change. The change was first reported by French broadcaster Europe1 and Le Parisien newspaper.

“Giscard changed this blue for aesthetic reasons during integration with Europe, but the flag that all the presidents took along with them ever since was not the real French flag,” Jolens told thelocal.fr.