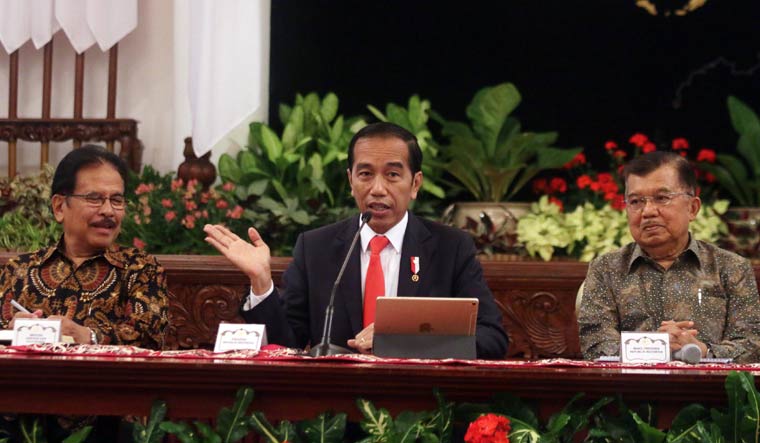 The foreign ministers of Malaysia and Indonesia expressed concern Monday that Australia's nuclear-powered submarines may increase the rivalry of major powers in Southeast Asia.

The US, Britain and Australia announced last month they had formed a security alliance that will help equip Australia with nuclear-powered submarines. The alliance will see a reshaping of relations in the Indo-Pacific region and beyond.

Under the arrangement, Australia will build at least eight nuclear-powered submarines using US expertise, while dumping a contract with France for diesel-electric subs.

Experts say the nuclear subs will allow Australia to conduct longer patrols and give the alliance a stronger military presence in the region.

This situation will certainly not benefit anyone, Indonesia's Foreign Minister Retno Marsudi said after meeting with her Malaysian counterpart Saifuddin Abdullah in the capital, Jakarta. "We both agreed that efforts to maintain a peaceful and stable region must continue and don't want the current dynamics to cause tension in the arms race and also in power projection. "

The two ministers told a joint news conference that they agreed to strengthen the unity and centrality of the Association of Southeast Asian Nations and urged all ASEAN partners to contribute the stability, security, peace and prosperity of the region and respecting international law.

Saifuddin said having a near-neighbour build new submarines that use nuclear power could entice other countries to come more frequently into Southeast Asian territory.

Saifuddin is visiting Jakarta also to prepare for Malaysian Prime Minister Ismail Sabri Yaakob's visit to Indonesia later this year as his first overseas trip since taking office in August.

Brunei is chair of the bloc this year.

ASEAN has formal partnerships with several countries including Australia, China, Canada, New Zealand, South Korea and Pakistan as well as the European Union.