HALO Spokesman Tariq Arian blames the Taliban for the attack 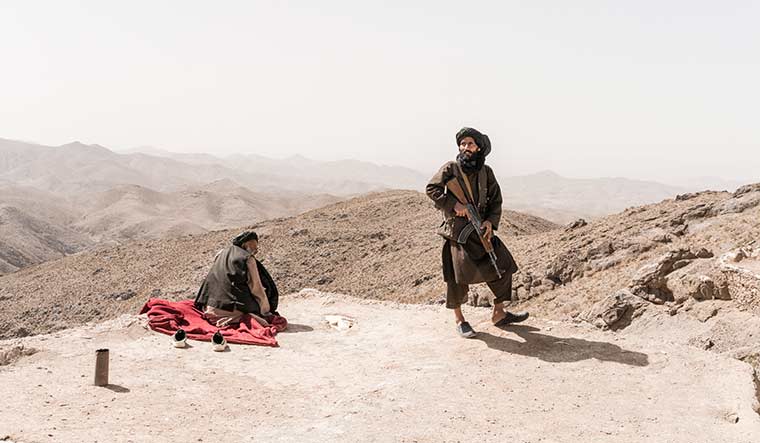 Tough terrain: A fighter of a Taliban faction.

Gunmen killed 10 people and wounded 14 others in an attack on the HALO Trust de-mining organisation in Afghanistan, an Afghan interior ministry official said Wednesday.

Spokesman Tariq Arian blames the Taliban for the Tuesday night attack on the group's camp in the Baghlan Markazi district of northern Baghlan province.

The Taliban immediately denied any connection to the attack, in response to an Associated Press query.

The United Nations has warned that the use of improvised explosive devices in the country is increasing, as conflicts become more urbanized and armed groups proliferate.

Afghanistan is one of several countries where large swathes of its territory are littered with bombs and land mines. Many were planted by insurgents to target government military convoys. But civilian casualties are frequent.

The United Nations has repeatedly demanded both government forces and the Taliban to take more precautions to protect civilians. In the first three months of this year, the UN mission in Afghanistan said that 1,783 civilians had been killed or wounded in Afghanistan, an increase of 29 per cent over the same period last year.

The HALO Trust is one of several de-mining organisations in Afghanistan that clear unexploded mines.

Meanwhile, Afghanistan's defence ministry in a statement says that a MI-17 helicopter has crashed, due to technical problem. The crash in the east in eastern Maidan Wardak province killed three crew members and wounded one.