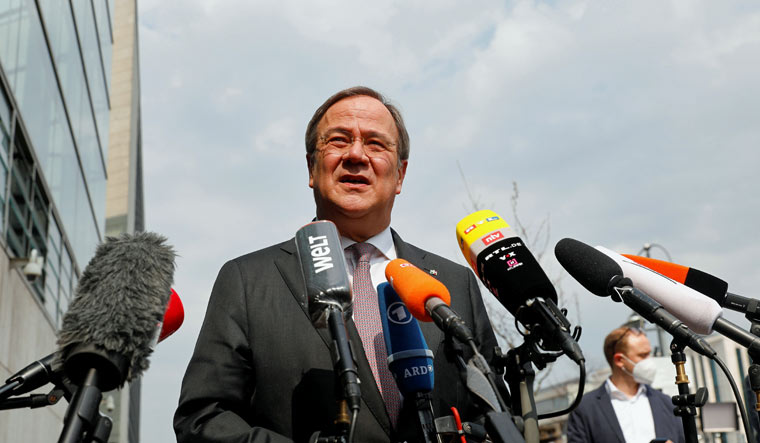 Pressure had been mounting on the CDU/CSU (Christian Democratic/ Christian Social Union) bloc to agree on a candidate. Ratings of the bloc had dropped over what is being viewed as the government's chaotic handling of the COVID-19 pandemic.

Bavarian premier Markus Soeder conceded defeat on Tuesday. The die is cast: Armin Laschet will be the chancellor candidate of the Union," Markus Soeder, leader of the Christian Social Union (CSU) Bavarian sister party of Laschet's Christian Democrats (CDU) told Reuters. "I called Armin Laschet and congratulated him. I told him that we as the CSU accept it. We offered him our full support. We will support him without a grudge and with all our power," Soeder said.

Elections are slated to take place in September. The Greens party named Annalena Baerbock as their candidate. Laschet, the governor of Germany's most populous state, North Rhine-Westphalia, has been viewed as a candidate who would continue Merkel's legacy. But, he has opposed Merkel over coronavirus restrictions. A Roman Catholic of Belgian heritage, 60-year-old Laschet has a law degree and worked as a journalist before entering politics.