OPINION: Challenges of serving and coping in Congo 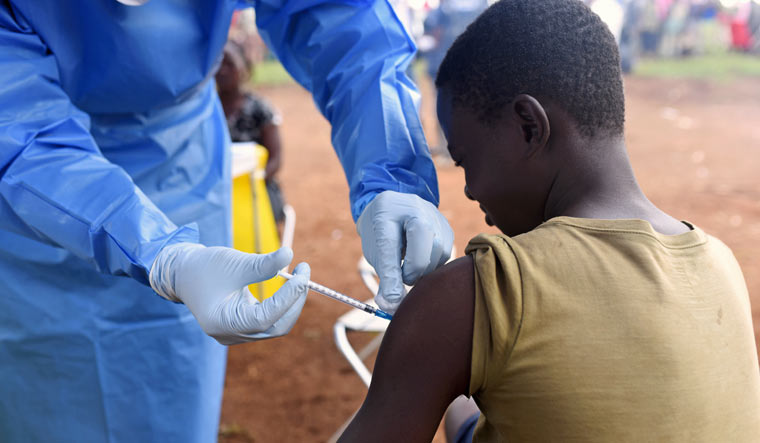 The recent killing of the Italian Ambassador to the Democratic Republic of the Congo (DRC) once again highlighted the dangers of serving in this part of the world. Violent civic disturbances; ambushes; kidnappings and killings by rebel militia especially in the Eastern parts of the country and diseases like cerebral malaria and Ebola combine to make countries such as DRC a minefield of complexities and challenges.

A country of Conundrums:

DRC, a country rich in mineral resources, is estimated to possess mineral wealth amounting to $24 trillion, which also makes it a coveted target for control and exploitation. It is a country that can dazzle with its riches and depress with its poverty! Two thirds the size of India, the country has been exploited since the time of King Leopold II of Belgium, who had received this huge landmass as a private trophy following the Berlin Conference of 1884-85. Soon after the Belgian Congo achieved its independence in 1960, it got mired in civic disturbances with one of the mineral-rich provinces, Katanga, trying to cede from the main Congo.

Indian involvement in the Congo

In the early sixties, India was at the forefront of supporting the newly emerging and independent countries in Africa. Hence it was not surprising that India was active, through the United Nations, in lending a helping hand to the newly independent state of Congo. Indian troops, deployed in the Congo as part of a UN Peacekeeping force, played a critical role in arresting the crisis in Katanga that was threatening to rip the country apart. India was one of the first countries to recognise the DRC and open an Embassy after the country became independent in 1960. Captain Gurbachan Singh Salaria, of the Gorkha Rifles, who got martyred in the Congo, in December 1961, became India’s first and only Army officer to be conferred the Param Vir Chakra (posthumously), India’s highest military decoration, for gallantry during UN Peacekeeping operations. Several attacks have taken place on the posts of Indian peacekeepers, in the Eastern part of DRC. The region is as volatile as the Volcanoes of the area. Several injuries and even deaths of Indian army personnel assigned to the UN Organisation Stabilisation Mission (MONUSCO) have taken place in this region.

Challenges posed by security and health:

I would like to highlight two aspects here. Firstly, it is a no-brainer that residing and serving in countries such as the DRC is fraught with not just functional challenges but also security and health-related issues. Having lived, served and travelled as extensively as was possible in a country such as DRC, I am well aware of the challenges that foreigners and especially diplomats face in the country. Malaria is rampant and so are outbreaks of diseases like Ebola. I remember the struggle and woes which a European Ambassador had to endure before successfully coming out of a bout of cerebral malaria.

Civic disturbances are common and so are arms, including guns. Whole cities have come to a grinding halt in protests against things that are not even necessarily political. Outpourings of emotions ranging from grief to anger to protests can be cathartic as well as violent. I remember two distinct occasions during my time in the country when the capital city of Kinshasa was thrown into a spiralling dislike for anything Indian. The disaffection was triggered by separate instances of violence on two Congolese nationals back in India. The mayhem and madness that gripped the capital city for 6 days on both occasions dissipated as suddenly as it had erupted!

Planning for what can be planned:

While one cannot plan for imponderables, there are certain measures (insofar as Indian diplomats and Ambassadors are concerned) that can be taken to mitigate the incidence of issues like security breaches etc. Two aspects that need greater attention for our diplomats posted in countries such as DRC are security and increased attention to detail. There is a need for bolstering the security apparatus for Indians serving in the Embassy and especially for the Ambassador. It will not harm if the Ambassador posted to DRC keeps a low profile (for his own sake too) and avoids unnecessary attention. An Ambassador’s proficiency in the French language (the official language in DRC), shall certainly help in establishing a rapport with the local leadership. Secondly, there is the need to increase the staff strength (although this is a generic issue) in the Embassy and also have one designated officer solely to oversee, monitor and report on all matters relating to the flagship programmes of India’s soft power exemplified by the Indian Technical & Economic Cooperation (ITEC) program in which GOI, through various technical and vocational courses, undertakes to impart fully-funded training etc. to eligible candidates from developing countries and through the Lines of Credits (LoCs) in which GOI extends soft loans for various developmental projects in developing countries through the Indian Development and Economic Assistance Scheme (IDEAS).

Raison d'Etre for a posting to Africa:

Africa (although no monolith) has in recent times, been termed as the ‘new theatre of growth’. India has on several fora (including at India-Africa Summits) voiced its commitment to partnering with Africa. The time to walk the talk has come! India’s Missions in Africa need to deliver on that commitment and for doing so I think some of the measures (although in no way exhaustive) mentioned above need to be put in place. Posting to an African country should no longer be seen and perceived as something ‘lesser’ than an assignment to some of the relatively ‘cushier’ countries. An assignment in DRC (figuring almost at the bottom of the heap on the HDI indices) should be seen by an Indian diplomat as an opportunity to further the ties; leverage investment and boost bilateral trade. And there is no better time, especially on the back of the goodwill generated towards India, by the recent supply (to DRC) of almost 2 million doses of Covid vaccine, to make an even more focussed pitch on this path!

The author is India’s former Ambassador to the DRC