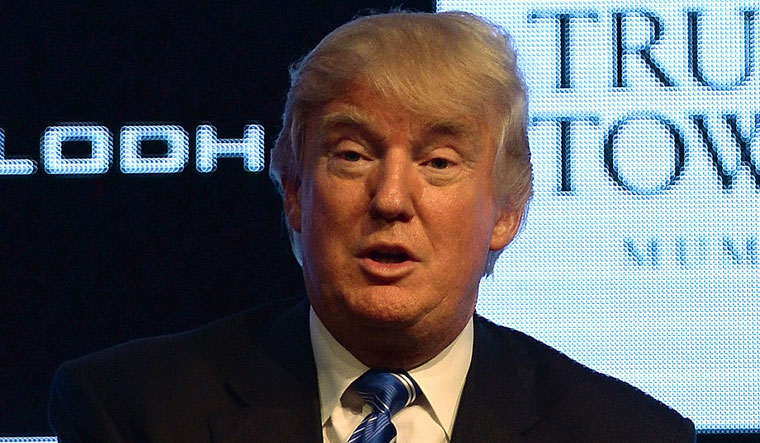 It is over. The wild tweets that reach millions, and move people to react without thought, are done. There may be some dying throes of the Trump farce, but it, too, is over.

What remains is the corpse of a high-tech/political combination that proved to be a magnificent — if destructive — new force, unwieldy to most but to the vilest and most ruthless manipulators of people for a personal purpose, those willing to tell any lie, say anything in order to move people in their direction—Donald Trump & Co.

That Twitter, a publically traded company whose aim is admittedly to maximise shareholder profit, chose to lop off its biggest user and his 88.7 million followers is nothing short of remarkable. Not just for what it says America is not, but because it reinforces what the world has always known about America — that it is a fundamentally capitalist society that deeply believes in the economy of invisible forces that ensure full shelves, right prices, and peace at the checkout counters.

Except that this time the invisible hand is the hand that controls the most powerful Twitter handle. Twitter, an American corporate enterprise, effectively sacrificed a portion of itself to protect the greater society that permits all economic activity to take place under known norms and expectations. In short, lopping off a growing cancer so the patient may live.

The lie continues offline. Trump continues to insist he won the election by a landslide and that “patriotic” Americans must “stop the steal,” and “take our country back.” Except that now, fewer people are listening. Twitter announced on Friday evening that Trump’s @realDonaldTrump account would be permanently blocked.

Twitter has been by far Trump’s most important communication platform. Via his @realDonaldTrump account, he addressed his more than 88.7 million followers directly, sometimes a dozen times a day, having made some 57,000 tweets over the last years. The tweets on the account were no longer accessible as of Friday evening. Twitter cited two Trump tweets on Friday to justify the new ban, which it said violated the directive on the prohibition of the glorification of violence.

The reason is the “risk of further incitement to violence” after the storming of the Capitol in Washington by Trump supporters. Critics accuse the Republican of inciting his supporters. The Democrats in the House of Representatives are therefore pressing ahead with preparations for a possible impeachment process.

In the end, it was simple economics. American business cannot afford the expense of a lying, violence-inciting time-bomb threatening the marketplace where it operates. It may itself become less interesting for doing it, but it will remain a viable vehicle for the creation of wealth and a secure future.

In five years, neither the GOP nor the American political establishment have been able to control the brazen lies and manipulations of Donald Trump, but in the course of a couple of days, Twitter, Facebook, Instagram. Reddit, Snapchat, and YouTube have given the unchecked Donald Trump Lie machine an inglorious end, “for repeated and severe violations of our Civic Integrity policy.”

The reason is the “risk of further incitement to violence” after the storming of the Capitol in Washington by Trump supporters. Critics accuse the Republican of inciting his supporters. The Democrats in the House of Representatives are therefore pressing ahead with preparations for a possible impeachment process.

Trump has been reportedly reeling at losing the huge platform and he made serious allegations against Twitter. “Twitter employees have agreed with the Democrats and the radical left to remove my account from their platform in order to silence me — and you, the 75 million great Patriots who chose me.”

As usual, Trump did not provide any evidence to support his allegation but announced negotiations with several other websites and that they were also considering building their own platform.

Trump used Twitter more skillfully than young social media starlets, with the added advantage of no truth constraints that led to easy and fact-free punchlines masterfully aimed at his opponents and foils and aided by massive press coverage and followup. As president, he made US polity by Twitter and fired cabinet members via tweet, insulted his own vice president and other heads of state, incited his fans with lies and conspiracy theories bypassing normal political channels and confounding people in Washington and the world over.

The direct line to his supporters was one of the world’s most powerful grassroots political instruments ever. It was an impressive thing to watch. Without the megaphone, however, the challenge to continue in a political role will be greater for an out-of-power Trump.

In the end, Trump may well be done-in by the very economic forces he has made the world believe he could control, perhaps lost in the quest for his own survival and oblivious to the fact that the markets and society too, have to survive. Trump almost took down America, but the market, in the end, has marked down the Trump brand and taken it off its shelves.

Now, it is just a matter of discounting the overstock.