' We want a strong India. India is Asia's gravity point and is very important' 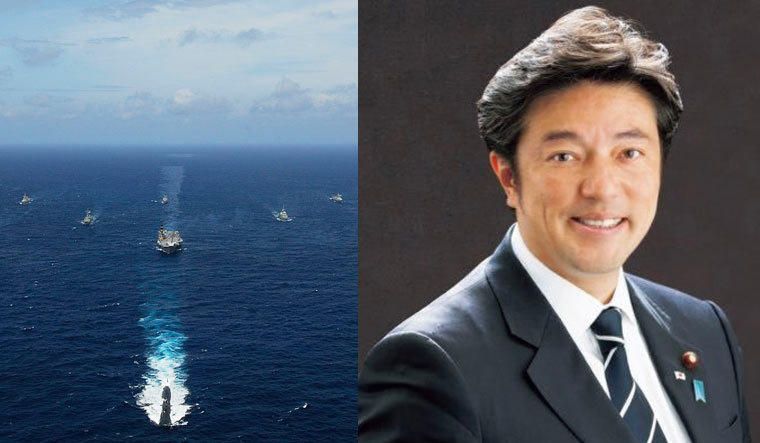 Describing India as "Asia's gravity point", Japanese Deputy Minister of Defence Yasuhide Nakayama has said his country would like to see India "commit more" towards the Quadrilateral coalition or Quad.

In an interview to news channel Wion, Nakayama also expressed conerns over growing challenges emanating from Chinese military assertiveness in the key maritime zones in the region, and said it is important for like-minded countries to expand collaboration to deal with the situation.

Nakayama said Japan, India, United States and Australia understand the importance of a democratic system and a free and open Indo-Pacific and hoped that the Quad will emerge as more important grouping in the future.The Quad comprises India, Japan, Australia and the US.

"I personally know India's position and I personally request India to commit more to protect the free and open Indo Pacific region. We want a strong India. India is Asia's gravity point and is very important....We love India and we want more commitment from India towards the Quad," he said, according to the interview transcript released by the channel.

Replying to a question on coronavirus, the deputy minister said the Chinese government as well as the World Health Organisation have to explain to the world about it.

The coronavirus was first reported in Chinese city of Wuhan. There have been demands for a thorough investigation about the origin of the virus.

Asked about China's military provocations along the Line of Actual Control with India, Nakayama said Japan would like both the countries to bring down the temperature in the region, and suggested that Tokyo prefers a middle path on the matter.

"We would like to say that both countries should try to decrease the temperature and hopefully one day shake hands with each other...And hopefully, make peace at the border too. On the other hand, I know it is very tough...we in Japan, also have a lot of fear from the Chinese military activities. So, personally, I can understand India's feelings towards those matters. But I hope China and India take a new step forward to calm down and make peace," he added.