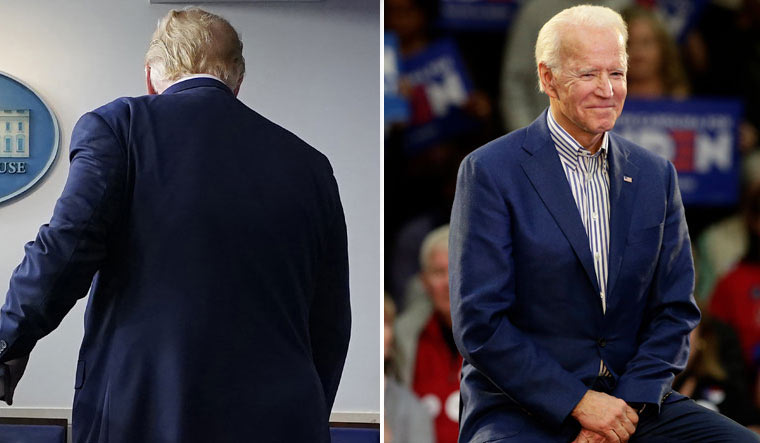 It is official— Democratic candidate Joe Biden wins Georgia. The state hasn’t been won by a Democrat since former president Bill Clinton won in 1992. This, in a way, seals the deal for President-elect Joe Biden, widening the victory margin between him and incumbent President Donald Trump, who is yet to concede.

Following a recount of votes, it is known that Biden won the state by 12,760 votes, with his victory certified by Republican Secretary of State Brad Raffensperger.

At a time when election analysts, lawmakers and legal experts have asserted that the US elections were the most secure in history, Trump’s measures to hold on to power have grown frantic and desperate. The Trump campaign had filed nine lawsuits challenging the outcome of the elections. Trump has been alleging that mail-in ballots are fraudulent, claiming that they worked in Biden’s favour.

Several of these lawsuits, however, have been termed ‘weak’ by legal experts.

According to Trump campaign senior legal adviser Jenna Ellis, the audit had gone "exactly as we expected" because, she said without evidence, the state had recounted illegal ballots.

Biden, whose team is being denied access to information crucial to a smooth transition has said if Trump’s team doesn’t share virus plans with his team, it could endanger more lives. On Trump’s refusal to concede, Biden said, “It's hard to fathom how this man thinks; it's just outrageous what he's doing”.

Under the electoral college system, Biden has emerged the clear winner with 306 electoral votes in comparison to Trump’s 232.

After Republicans lost their final lawsuit in Georgia, Giuliani announced that the campaign is also withdrawing the last remaining lawsuit from Michigan.

This means, whether or not Trump concedes, it is clearer that Joe Biden indeed will be the next President of the US.

The US media, is, however, speculating of him making one final move of trying to get Republican-friendly states to override voter’s choice and select members of the US Electoral College who would be favourable to the president.

However, according to federal law, statehouse legislators can pick electors if the state has “failed to make a choice”. Due to this, Trump’s chance of succeeding with trying to override voter’s choice looks minimal.

Biden, in the meantime, is carrying forward with forming his cabinet in preparations to take office. On Friday, Biden, in Wilmington, Delaware, met with House Speaker Nancy Pelosi and the Democratic leader in the Senate, Chuck Schumer.