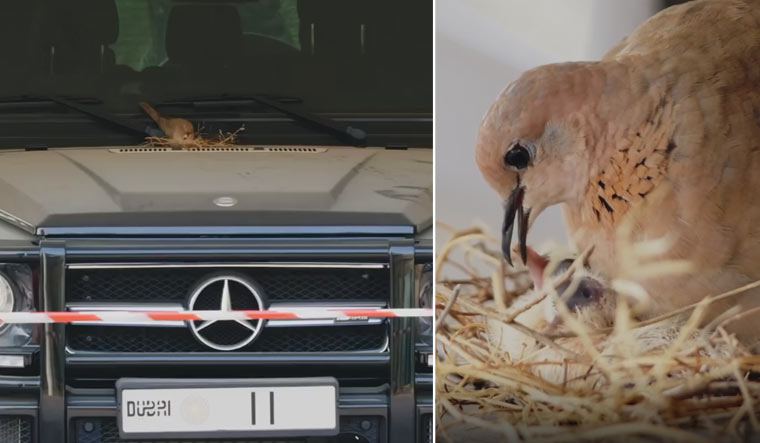 The Crown Prince of Dubai, Sheikh Hamdan bin Mohammed Al Maktoum—popularily known as ‘Fazza’—has won internet hearts with an Instagram post showing a bird nesting on his SUV and rearing two small chicks, prompting the prince to cordon off the SUV to allow nature to take its own course.

The clip, which had over 1.6 million views on Instagram, shows the bird setting up its nest on the bonnet of Sheikh Hamdan’s Mercedes-AMG G-63.

“Sometimes the little things in life are more than enough,” Hamdan captioned the post.

Sheikh Hamdan has since placed tape around the vehicle to present people from disturbing the bird.

Sheikh Hamdan is known for sharing heart-warming clips on his Instagram account. In 2017, he shared a clip of his SUV—the same one pictured—helping a truck that could stuck in the sand.

Many of his uploads show him interacting with animals, leading to him being dubbed an “animal whisperer” in the UAE.