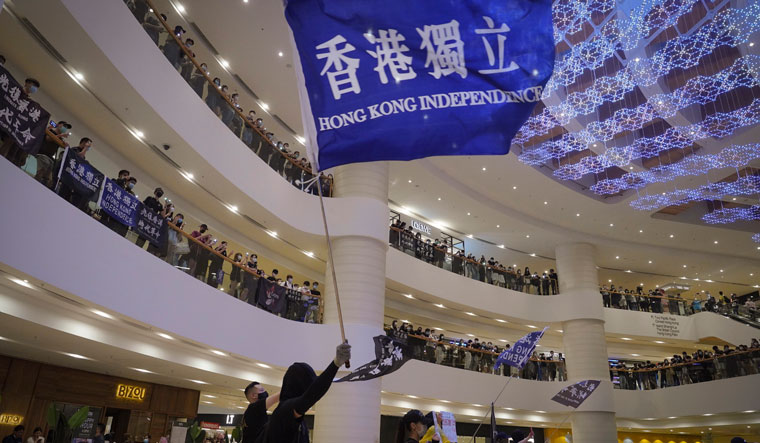 China on Thursday said it "resolutely opposed" comments from G7 foreign ministers urging it to reconsider its proposed Hong Kong national security law, as per an ANI report.

Foreign ministers from the G7 have been calling on China to drop plans to impose national security legislation on Hong Kong. They said that enacting the law would put the system that had allowed the territory to flourish at risk.

The decision to impose the law was "not in conformity" with either the Hong Kong Basic Law, the territory's mini-constitution, or its obligations under the "legally-binding, UN-registered" Sino-British Joint Declaration, ministers of G7 said.

Hong Kong’s Chief Executive Carrie Lam on Tuesday had said that those opposing enactment of the law were “Enemy of the people.”

China’s announcing its intent to announce the law sparked domestic protests and was received with international criticism. However, both Beijing and Hong Kong's leadership maintained that they have the full right to implement the legislation.

Hong Kong and Beijing authorities feel that the law will target only a few ‘troublemakers’, who threaten national security and strengthen governance.

Even US President Donald Trump announced a slew of measures to reflect the increased danger of surveillance and punishment by the Chinese Security. The dispute over the enactment of this legislation has further escalated tensions between China and the US, which are already strained due to lack of transparency on China’s part on the origin of the coronavirus and due to a trade war that began in 2018.

The G7 statement further reads, “The proposed national security law would risk seriously undermining the ‘One Country, Two Systems’ principle and the territory's high degree of autonomy. It would jeopardise the system which has allowed Hong Kong to flourish and made it a success over many years.”

Hong Kong was a British colony for more than 150 years before it was returned to China in 1997 under a framework that allowed its people rights and freedoms those living in the mainland do not enjoy.

Threatened by how the law could affect their freedom, a lot of people in Hong Kong are moving their assets to other commonwealth nations including New Zealand, Australia or Canada so that they can flee the city when things take a downward turn.

A lot of them are considering to move to Taiwan too.