Dominic Cummings has been in the news for violating lockdown norms 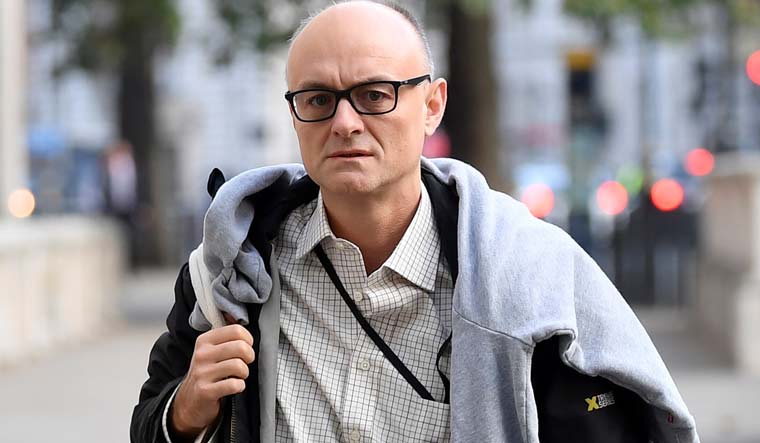 Dominic Cummings, the chief adviser to UK Prime Minister Boris Johnson, who has been facing the wrath for breaching lockdown by travelling 260 miles to his parents' home, may have managed to tide over the demand for his removal from the post. But on social media, he is facing another kind of battle and appears to be losing it even as he has been dominating the news space in the past few days owing to the lockdown breach controversy.

According to a Guardian report, the anti-porn filters of Twitter blocked the name of Cummings after several misspellings of the name—#cummnings, #dominiccummigs and #sackcummimgs—began trending on the social media.

Besides, when social media users tried to search using his right name, #dominiccummings, the results of one of these misspellings were shown due to autocomplete. Another hashtag that began trending was #cumgate.

This unintentional blocking by websites is known as Scunthorpe problem, often faced by people whose last names may sound obscene.

According to a Quartz article, some of the last names that attract the problem include Weiner, Butts and Suconcock apart from Cummings. The problem occurs when websites use different tools to prevent people from creating accounts with obscene words. However, in the process, names that may appear obscene and the results these names throw up, including photos and videos, get blocked as well.

Earlier, the opposition had branded Johnson's defence of Cummings as an "insult" to all the sacrifices made by the British public during the pandemic, with a growing number of parliamentarians within Johnson's own Conservative Party calling for the chief adviser's removal.

The 48-year-old political strategist has been by Johnson's side through the Vote Leave campaign leading up to Britain's vote to leave the European Union (EU) in the June 2016 Brexit referendum as well as his landslide general election victory in December last year with the central message of "Get Brexit Done".