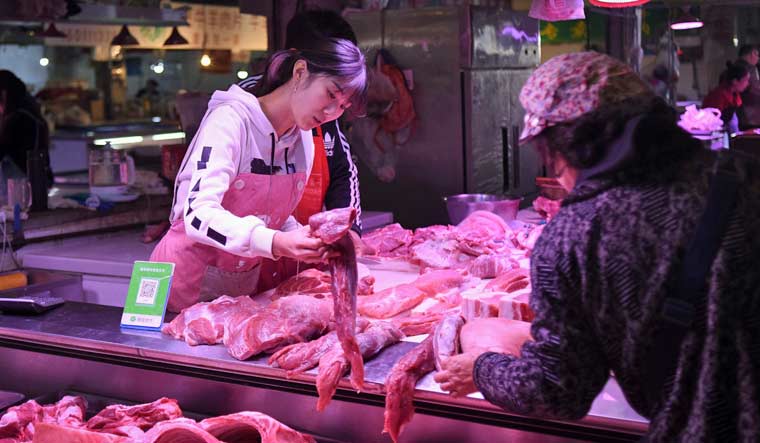 Farmers in China are being offered cash to quit breeding exotic animals, as per an AFP report. As pressure piles on China to end illegal wildlife trade that was the cause of the coronavirus outbreak, authorities have for the first time pledged to buy out breeders in an attempt to curb the practice, animal rights activists say.

On April 2, Shenzen became the first city to ban the consumption of wildlife meat. And on April 10, the Chinese government removed dogs, bats and pangolins
from the list of animals allowed to be reared for meat. The restriction, however, wasn’t extended to speciality meat like deer, alpaca and ostriches. Wildlife in China is still being used for making alternate medicines and research and experts have said that only a complete ban on wildlife trade can prevent another virus outbreak.

The deadly coronavirus was first reported in the central Chinese city of Wuhan and is believed to have been passed from bats to people before spreading worldwide.

WHO and other nations including the US and China have asked for an investigation into the origin of the virus and zero-in on an intermediary carrier. China, though hesitant initially has agreed for the investigation and on Sunday pledged $2 billion to help countries in need to conquer the virus.

Two of China’s central provinces—Jiangxi and Hunan have outlined details of a buyout programme to help farmers switch to alternative livelihoods. As per sources, stock of wildlife breeders in Jiangxi province itself is around $1.6 billion yuan ($225 million).

As per the local daily, the province has more than 2,300 licensed breeders, mostly rearing wild animals for food. The province of Hunan on Friday set out a compensation scheme to persuade breeders to rear other livestock or produce tea and herbal medicines.

Both Jiangxi and Hunan border Hubei, the province where the coronavirus first emerged in December.

After evaluating the stock of wildlife being bred for meat, authorities will offer pay-offs to the breeders. The amount paid will be120 yuan ($16) per kilogram of rat snake, king rat snake and cobra, while a kilogram of the bamboo rat will fetch 75 yuan.

Animal rights group Humane Society International said Hunan and Jiangxi are “major wildlife breeding provinces”, with Jiangxi seeing a rapid expansion of the trade over the last decade. In 2018, revenue from breeding these animals for meat fetched around 10 billion yuan (approx. $14.07 million).

Authorities also moved to curb the sale of exotic animals through e-commerce. “More than 750,000 pieces of information about wildlife trade were removed or blocked from major e-commerce platforms while 17,000 online stores or accounts were closed,” Liang Aifu, an official with the State Administration for Market Regulation said.

HSI China policy specialist Peter Li said that similar plans should be rolled out across the country.

The buyout proposals, however, do not rule out breeding exotic animals for other purposes like for fur or traditional medicines.