The four men were acquitted by Singh High Court on Thursday 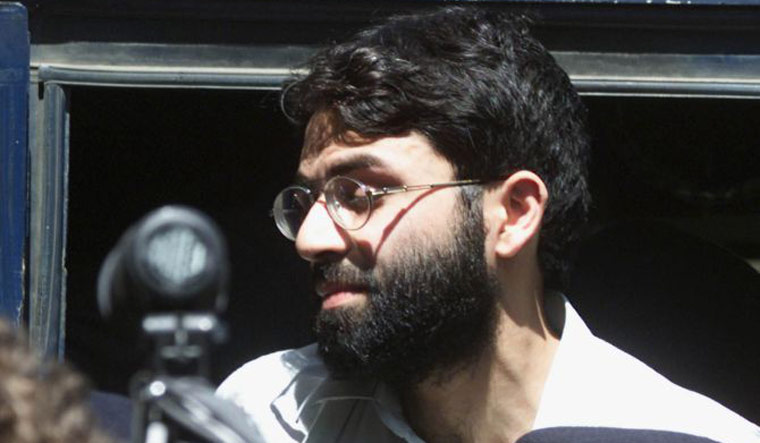 Ahmed Omar Saeed Sheikh might have been acquitted by a Sindh High Court on Thursday, but he is not free. He along with the three other accused—who were also acquitted--have been arrested and detained under the West Pakistan Maintenance of Public Order Ordinance 1960 for three months till the appeal has been filed.

Sheikh has been implicated in the brutal murder of Wall Street Journal journalist Daniel Pearl. The beheading of Pearl shook the world and has been one of the most public assassinations of a journalist in the world.

The Sindh government has “decided to file an appeal next week against the said judgement,’’ a press release issued by the press information department of Pakistan said. “The Federal government is concerned about the decision,’’ the press release stated. “However, as per constitutional scheme of things prosecution in criminal matters is a provincial subject, therefore similar concerns have been shared with the Government of Sindh.’’

The Sindh government has also been encouraged to consult the attorney general.

While the Pakistan government responded to the verdict immediately, America pulled out its big guns to signal that it was deeply unhappy with the turn of events. The National Security Council tweeted promptly condemned the decision. “We condemn the Pakistani court’s decision to overturn the sentence of those convicted of the gruesome murder of the WSJ reporter Daniel Pearl and welcome the prosecutor’s decision to appeal. The US is committed to pursuing justice in all cases of terrorism against American citizens.’’

Close on the heals of the NSC’s condemnation was the tweet by Alice Wells, the top diplomat of the region and principal deputy assistant secretary of the Bureau of South and Central Asian Affairs. Wells, referred to the overturning of the verdict as an “affront to victims of terrorism everywhere, said: “Those responsible for Daniel’s heinous kidnapping and murder must face the full measure of justice.’’ And to ensure that the point was hammered in, Secretary of State Mike Pompeo tweeted: “The United States will not forget #Daniel Pearl’’.

A British national, Sheikh studied in England and in Pakistan. “Dysfunctional was a word used by friends who knew him in Britain,’’ says Anand Arni, Distinguished Fellow of the Geostrategy Programme at the Takshashila Institution. “Pakistanis who studied with him said he was a psychopath.’’

Arni was a member of the IC 814 negotiating team that went to Kandahar when Sheikh, with two other terrorists were released in exchange for Indian hostages on the plane. Sheikh had spent his time in India in jail. Arrested for kidnapping four foreigners in India, Sheikh was lodged in Tihar till his release in 1999.

In jail, Sheikh continued to live up to his reputation of raising hell and was known for his violent streak. Sheikh, with the right accent, has been long thought of an important asset for the ISI, which is believed to have been behind the hijack. Over the years, Sheikh—in jail—still managed to grab headlines. President Musharraf mentioned him in his book suggesting that he was recruited by MI 6 when he was in the London School of Economics. It is believed that Sheikh was responsible for Pearl’s abduction. Investigations suggest that Sheikh had promised to get Pearl to meet the Islamic cleric who had ties to Richard C. Reid, the shoe-bomber.