A total of 270 people died in the Pan Am 103 bombing, which was blamed on Libya 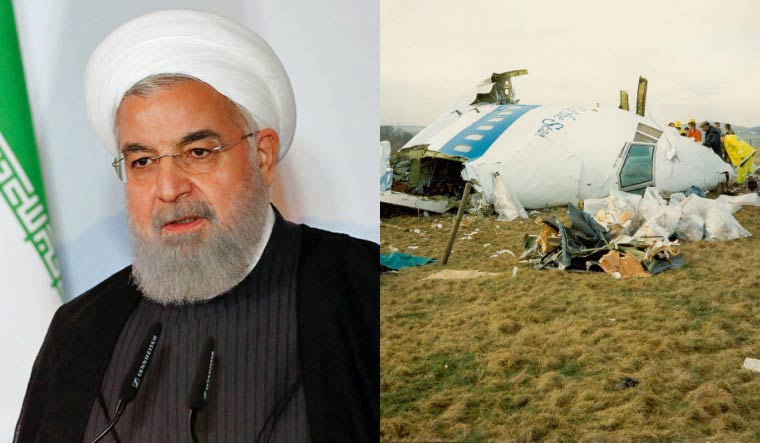 Last week, as a war of words between Iran and the US erupted following the killing of general Qassem Soleimani, US President Donald Trump had warned 52 targets in Iran would be hit if Tehran attacked Washington's interests. Trump chose the number as 52 US nationals were held hostage by Iranian revolutionaries in the takeover of the US embassy in Tehran in 1979.

In response to the tweet by Trump, Iran President Hassan Rouhani posted a cryptic response: "Those who refer to the number 52 should also remember the number 290. #IR655. Never threaten the Iranian nation.”

IR655 was the call-sign of an Iran Air flight that was shot down by a US Navy warship in July 1988. A total of 290 people were killed in the downing of IR655. The aircraft, an Airbus 300, was flying from Tehran to Dubai, via Bandar Abbas. The US Navy had claimed the crew of the warship, USS Vincennes, had judged the aircraft was heading in an 'attack' profile and had not responded to radio messages. However, Iran claimed the downing of IR655 was a deliberate act.

Boeing 747 airline Pan Am exploded over Lockerbie, Scotland in 1988 and was assumed to be an operation conducted by the #Lybians when it was #Iran who orchestrated the downing of the plane and paid the Libyans to do it.

After years of denying, Rouhani just admitted to it!2/3 pic.twitter.com/dqPKh4YQLj

Some analysts claimed Rouhani's cryptic response was, in effect, an admission of responsibility for one of the worst airline bombings of all time: Pan Am 103 over Scotland in December 1988, months after the Iran Air shoot-down. Pan Am 103 was a Boeing 747 aircraft.

A total of 259 passengers on the Boeing 747 and 11 residents of the town of Lockerbie, where the aircraft wreckage landed, died in the incident.

Blame for the Lockerbie bombing fell on colonel Muammar Gaddafi, leader of Libya. Two Libyan intelligence agents were handed over for trial by a Scottish court; they were found guilty in January 2001. Libya paid $2.7 billion to families of victims of the Lockerbie bombing and victims killed in the bombing of a disco in Berlin in 1986.

However, many Western experts continue to believe the Lockerbie bombing was Iran's handiwork. Veteran British journalist John Simpson wrote in The Daily Mail on January 4 "many people in the American and British intelligence community believe that Iran gave the original instructions for the attack, to avenge the shooting down of IR655”.

The National, a publication in Scotland, quoted, Robert Black QC, professor emeritus of Scots Law in the University of Edinburgh, as saying, “I think Rouhani’s tweet does refer to Pan Am 103... he’s saying that Iran responded to those Iranian deaths caused by US action... The only response that I can think of was the bombing of Pan Am 103 six months later.”

Fatima Alasrar, an expert on Middle East affairs at Johns Hopkins University, tweeted that the bombing of Pan Am 103 was Iran's method of "revenge" for the downing of IR655. “Boeing 747 airline Pan Am exploded over Lockerbie, Scotland in 1988 and was assumed to be an operation conducted by the #Lybians when it was #Iran who orchestrated the downing of the plane and paid the Libyans to do it. After years of denying, Rouhani just admitted to it", she tweeted.