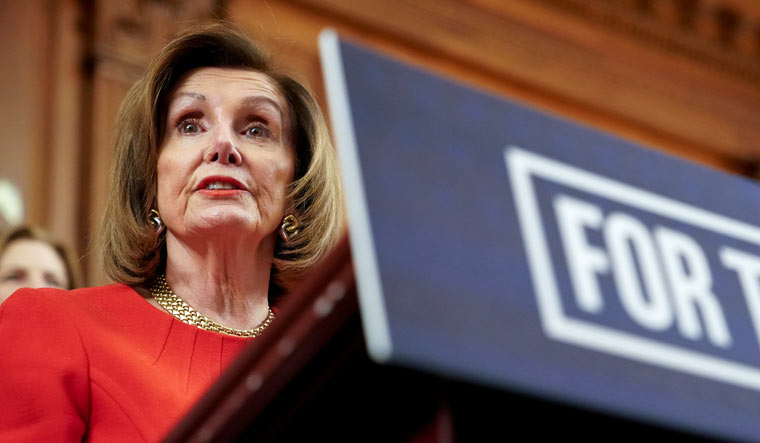 US President Donald Trump was impeached on two counts by the House on December 19. One, for abusing his position of power and putting pressure on Ukraine to investigate on political rival Joe Biden and two for obstructing impeachment inquiry by preventing witnesses from testifying.

His trial at the Senate is expected to begin as early as the second week of January. The president has pressed his Republican allies Thursday to exert rigid control of his Senate trial and ensure a swift exoneration, a day after he was impeached in a historic rebuke by the House of Representatives.

Senate leaders already drawing battle lines over the evidence that will be allowed.

The fate of the trial has been left in limbo late Thursday when the Senate's powerful majority leader, Mitch McConnell signalled the standoff with Democrats over trial particulars would continue into the new year.

"We remain at an impasse on these logistics," McConnell said on the floor, as he announced the Senate had completed its business until January.

The House must formally transmit the articles of impeachment to the Senate for the case to be taken up there.

Trump on Twitter said, “I want an immediate trial.”

He attacked House Democrats for seeking to demand key witnesses or dictate how McConnell should run the process.

The House, on the other hand, want to ensure that the process will be fair.

"I got Impeached last night without one Republican vote being cast with the Do Nothing Dems on their continuation of the greatest Witch Hunt in American history," Trump tweeted.

"Now the Do-Nothing Party want to Do Nothing with the Articles &amp; not deliver them to the Senate, but it's Senate's call!" Trump, the third president in US history to be impeached, suggested that the Democrats would "lose by default" if they decided not to show up at a date determined by the Senate.

Even if Trump isn't voted out of power, he will go into elections next year with a stain on his legacy.

At the White House, Trump welcomed Congressman Jeff Van Drew, one of the two Democrats who voted against impeachment. Van Drew had announced that he was switching parties to join the Republicans.

Thursday, McConnell ridiculed the witness demand and the evidence used as the basis for the impeachment articles.

McConnell, who has substantial power in planning the Senate trial this time around said, "The Senate must put this right. There is only one outcome that is suited to the paucity of evidence, the failed inquiry, the slapdash case," he said.