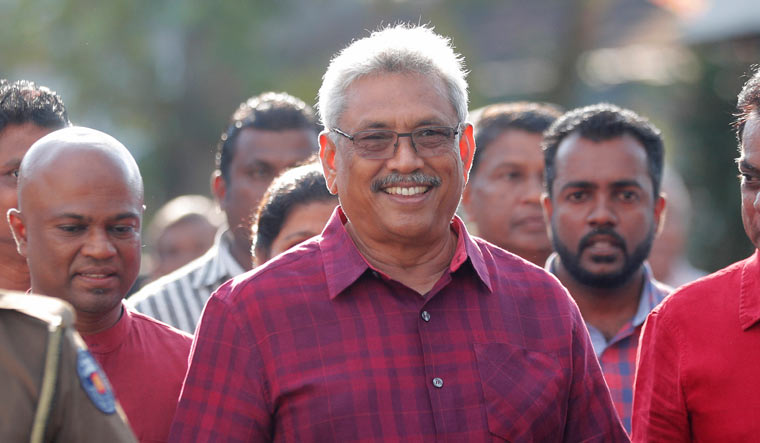 Sri Lanka's main opposition candidate Gotabaya Rajapaksa had an unassailable lead over ruling party candidate Sajith Premadasa as his party claimed victory in the presidential polls on Sunday. The results are yet to be announced.

United National Party (UNP) candidate Premadasa, in a statement, said that he was conceding the presidential poll and congratulated his main rival Rajapaksa.

“It is my privilege to honour the decision of the people and congratulate Mr Gotabaya Rajapaksa on his election as the seventh President of Sri Lanka,” Premadasa said.

A spokesman for Rajapaksa also said that that the former defense secretary had won Saturday's vote. However, the final results are yet to be announced.

The 70-year-old candidate, the younger brother of former president Mahinda Rajapaksa, has swept the poll with over 60 per cent margins in most Sinhala majority districts while his rival Premadasa has performed well in the minority Tamil-dominated north and east provinces, as per early early reports.

Premadasa has garnered over 80 per cent of the vote in Tamil areas, reducing Rajapaksa to less than 5 per cent in some areas in the north.

The 52-year-old banked on his 'man of the commoner' image―a legacy of his father Ranasinghe Premadasa, the country's president between 1989 and 1993 until the LTTE assassinated him in 1993.

Premadasa senior was considered as the “man of the poor”.