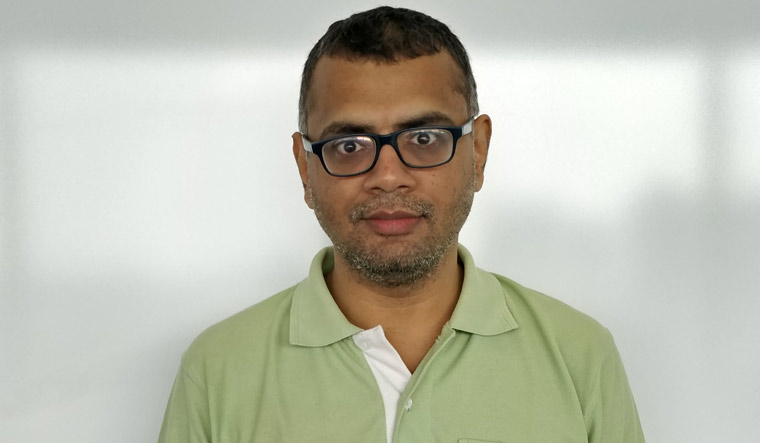 Indian cyber security expert and computer fraud forensic analyst Anand Venkatanarayanan must have felt a sense of deja vu last week as he testified before the High Court of Kenya. The tech expert, who had testified against Aadhaar in the constitutional validity case in the Supreme Court, was a witness appearing for the Nubians, one of the discriminated communities in Kenya, against the Huduma Namba, a system analogous to India's biometric ID. The Nubians fear that the biometric identity system would prove to be an additional tool for exclusion in their country.

In an email interview, Venkatanarayanan tells THE WEEK about the importance of the Huduma Namba case, use of adversarial proceedings for evaluating facts based on cross-examinations in courts and the superior judiciary system in Kenya. Excerpts:

Could you briefly narrate the events leading up to you being invited for the Kenyan hearing?

The Nubians (the petitioners whom I gave witness for) have a complicated history in Kenya. The petitioners got an initial injunction for not making Huduma Namba mandatory for getting public services since to get the number, they need an existing ID, which is usually not given by the Kenyan government without an extensive vetting process. They were worried that the project would allow the state to discriminate against them even more, and not having the technical skills to understand the project, (they) were looking for a witness who would be able to explain it to them.

The work I had done on Aadhaar and the fact that I filed an affidavit in the Supreme Court (of India), was the primary reason they thought I could be of help to them in their case. That is how I got involved in the case.

How do you see the functioning of the High Court of Kenya?

From a first-person account, I must say that it is a well-organised court. I am thoroughly impressed about the fact that they take adversarial proceedings seriously even in a constitutional case.

Do you feel the judiciary in Kenya was more sceptical than the Indian courts, if we compare the way the Indian side handled Aadhaar cases prior to the September 26, 2018, verdict? For instance, in an interim order, the High Court of Kenya took some precautions by curbing sharing of data collected with third parties.

I would not say sceptical, but it is more a question of balance. Data once shared cannot be unshared. So while they allowed the data collection to proceed, the High Court of Kenya forbid collection of other biometric parameters like iris, earlobe geometry, hand geometry and DNA. Hence, in my opinion, they applied the correct doctrine in issuing interim orders.

How would you compare your testimonial experiences at both the courts—Indian versus Kenyan?

I did not testify in the Supreme Court (of India) through a physical presence. I had filed an affidavit explaining the Aadhaar project and the various issues its technical design brought forth. In the High Court of Kenya, however, I was both re-examined (my testimony was oral and was based on an affidavit and was examined by the petitioners' counsel) and cross-examined (the government lawyers had full rights to cross-question me on the witness stand). Towards the end, the court also had several questions for me based on my testimony.

None of this happened in the Aadhaar case in our Supreme Court. Hence, these experiences can't be compared.

How tough was the cross-examination? What preparations went into it?

Cross-examinations are not for the faint-hearted. A witness whose testimony in the court can be turned or shown as not good enough is typically excluded from determining the outcome of the case. Hence, counsels employ various methods to break down or turn a witness, including questioning your motives, your qualification and even your personal integrity. From a justice point of view, these are legitimate tactics, even if they are very uncomfortable to deal with, if you are a witness.

I have, however, seen from the front seat, one of the finest cross-examinations of a government witness by Counsel Jackson for the petitioners on aspects of data protection. He was extremely polite, did not browbeat, stuck to basics and was still able to make the witness make a lot of concessions to the written testimony. As a technical expert, I would really dread facing such lawyers, who are so well-prepared, that they are able to point out and exploit gaps in your expertise, which you did not know existed before.

A better analogy of a cross-examination that I would give is of a batsman facing a relentless fast bowler on a fast pitch. Neither knows what the outcome is and the counsel, like a fast bowler, tries to get you on your skills and the witness, like a harried batsman, tries to survive the questions with their honour intact.

This is a supreme test on your mental willpower, stamina, expertise and also on the ability to keep calm. The witness box in the court is, hence, the toughest place to be while being cross-examined.

As I mentioned before, the cross-examination of the witnesses whose expertise can make the case go either way is a key aspect of the Kenyan courts that I greatly admire. If you are making statements that the court wants to take seriously and which can alter lives, you have to subject yourself to such a process, or else, it means nothing. I am very disappointed that this did not happen in India, on the Aadhaar case.

Not only were the UIDAI chief's statements not made under oath, he was also allowed to give a powerpoint presentation and was not subjected to a cross-examination on the statements that were made. It is not the result that was the primary source of my disappointment, but the process in which conflicting evidence was evaluated.

I am now convinced that irrespective of the result in the High Court of Kenya on the Huduma Namba case, the court has a superior process to deal with conflicting evidence in constitutional cases. I really hope that they continue to use adversarial proceedings for evaluating facts based on cross-examinations and not dilute the same.

The process that goes into preparing for the cross-examination is intense and requires extensive note-taking, reading and learning to keep calm under harsh questioning.

Irrespective of the verdict, how significant could the Kenyan case be globally? Will it have a cascading effect on similar public databases that are fast becoming a norm around the world?

I am not a legal expert to comment on how this will impact other cases globally. What is evident is that technology is causing significant disruptions on existing thought on law, and technologists have a moral and ethical duty to explain these disruptions and impact to the court, which is not well-versed on technology.

As technologists, my fellow professionals believe that we are trying to do some good to the world, but have been very naive in not understanding the impact of our inventions and interventions in the real world. Our unqualified optimism about our own profession and its inventions, and our mistaken belief—that we can fix all the problems that were created through technology without any external consultations and through more technology solutions—is nothing but hubris and a god complex personified. It is possible that we are indeed carrying a technical person's burden on our shoulders by trying to fix things in the world by breaking them first through our inventions.

We tend to believe that code (software) is law and think that legal protections and the law itself is an archaic concept. But we neither take accountability when our technological systems fail and then, when confronted with evidence that we have not thought things through, resort to fixing technical problems through legal patchwork. For instance, it is a given that biometric-based authentication has exclusion built in. But we then convince lawmakers to pass a law that says do not exclude people from their rations, even though it is mandatory to use biometric authentication to get rations (as it happened and continues to happen in Aadhaar).

This is why one of the central planks of my testimony is that “law cannot fix what technology has broken”. The phrase itself was first coined by Sunil Abraham of CIS India, which does a lot of research on digital rights. I am glad that his argument made it into the court of record and I played a part in making it mainstream.

If the legal profession worldwide understands how to deal with the impact of technology on rights issues using well-developed legal doctrines, then whether this case succeeds or fails, I believe we have taken the conversation forward.