Boris Johnson or Jeremy Hunt: Who will be Britain's new PM? 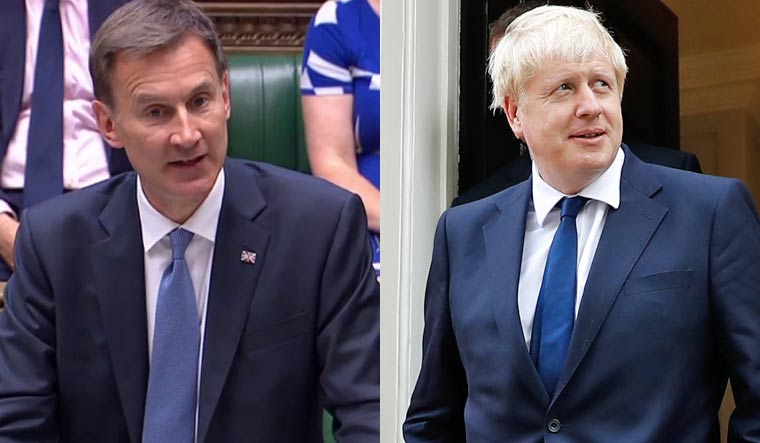 Former foreign minister Boris Johnson will face Jeremy Hunt in a race to be Britain's PM today. 160,000 Conservative party members will cast vote today to decide who will succeed Theresa May as the country's premier.

The first round of voting of those contesting for the post, took place on on June 13th. The final voting, by 313 select members of the Conservative party that left Hunt and Johnson and Hunt in the running took place on June 22nd.

The 160,000 members who will make the deciding vote on who finally will reside in 10 Downing Street, is a marginal per cent of the British population. They form 0.32% of the total number of people who voted in the 2017 general election. Most of them are white, male and ageing. Pro Brexit Johnson and traditional foreign minister Hunt had other worthy contenders like London Mayor Sajid Javid, former secretary of state Secretary of State for exiting the European Union Dominic Raab and Matt Hancock, Secretary of State for Health and Social Care.

Hunt has been vocal on political issues and of late had said that UK should strive for reduced tensions with Iran and avoid nuclearisation of the state.

While Johnson is considered to be able to break the Brexit deadlock the country currently faces, Hunt has been known as a tough negotiator.

May, in the meantime will submit her official resignation to the Queen at Buckingham palace on Wednesday while the Prime Minister will be announced on Tuesday.