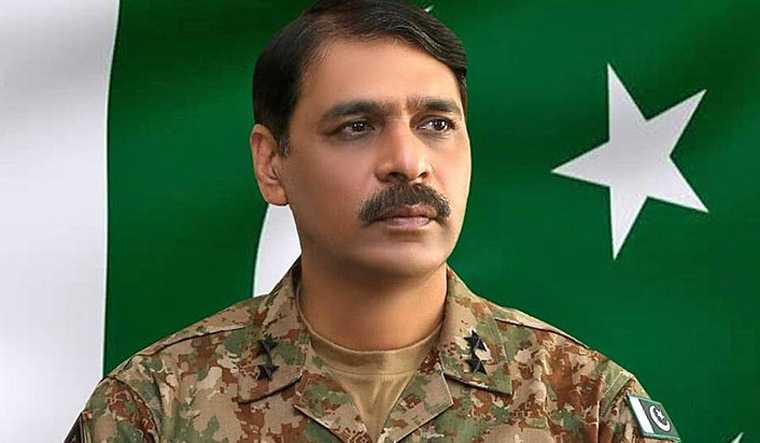 Pakistan's military has termed as a “lie” the Indian Air Force's release of radar images to substantiate its claims of shooting down a Pakistan Air Force F-16 in a dogfight on February 27.

Repetitions don’t make truth of a lie. Despite claiming possession of evidence on shooting F16, IAF still short of presenting it. Don’t overlook Pakistan’s silence for not drum beating losses on Indian side. Fact is that PAF shot down two IAF jets, wreckage seen on ground by all.

Ghafoor tweeted, “Repetitions don’t make truth of a lie. Despite claiming possession of evidence on shooting F16, IAF still short of presenting it. Don’t overlook Pakistan’s silence for not drum beating losses on Indian side. Fact is that PAF shot down two IAF jets, wreckage seen on ground by all.”

On Monday evening, the Indian Air Force presented radar images of the aerial engagement on February 27 to prove that a Pakistani F-16 was shot down by a MiG-21 piloted by Wing Commander Abhinandan Varthaman. The Indian Air Force also declared it had intercepts of radio communications of Pakistan Army formations in the area, which categorically stated the capture of at least two pilots, one of whom was Varthaman.

Soon after Islamabad announced its fighter aircraft had crossed the Line of Control on February 27, Ghafoor had tweeted the Pakistan Air Force had shot down two Indian Air Force aircraft inside Pakistan airspace. In his tweet on February 27, Ghafoor said, “PAF shot down two Indian aircraft inside Pakistani airspace. One of the aircraft fell inside AJ&K while other fell inside IOK. One Indian pilot arrested by troops on ground while two in the area.” AJ&K is the name Pakistan uses for Pakistan-occupied Kashmir, while IOK refers to Jammu and Kashmir.

However, Pakistan has maintained silence on the status of the “two pilots” who were allegedly shot down with Varthaman. On February 27 itself, the Indian Air Force had announced that it had shot down an F-16.

Allah be praised, truth always prevails. Time for India to speak truth about false claims & actual losses on their side including the second aircraft shot down by Pakistan. India needs introspection especially over atrocities in IOK. Region needs peace, progress & prosperity. https://t.co/5eCsQDSDYD

The controversy over the use of the F-16 by Pakistan, and the loss of one of these fighters, has been festering ever since. Scrutiny increased after Foreign Policy, a reputed US publication specialising in international relations, reported on April 4 US personnel had physically counted Pakistan's fleet of F-16 fighters and found none missing. Foreign Policy had quoted two unnamed US defence officials.

Ghafoor had tweeted about shooting down a second Indian Air Force fighter, while responding to the Foreign Policy article.

Ghafoor also posted an image showing wreckage of four missiles, purportedly from Varthaman's downed MiG-21 fighter, to prove it could not have fired on a Pakistan Air Force fighter. Ghafoor tweeted, “IAF claim of hitting F-16 by their MiG 21 before having been shot down by PAF gets exposed. All 4 missile seeker heads recovered intact from the wreckage & held...”

The Indian Air Force had rejected the claims of the Foreign Policy article, stating it possessed evidence to prove the downing of an F-16.